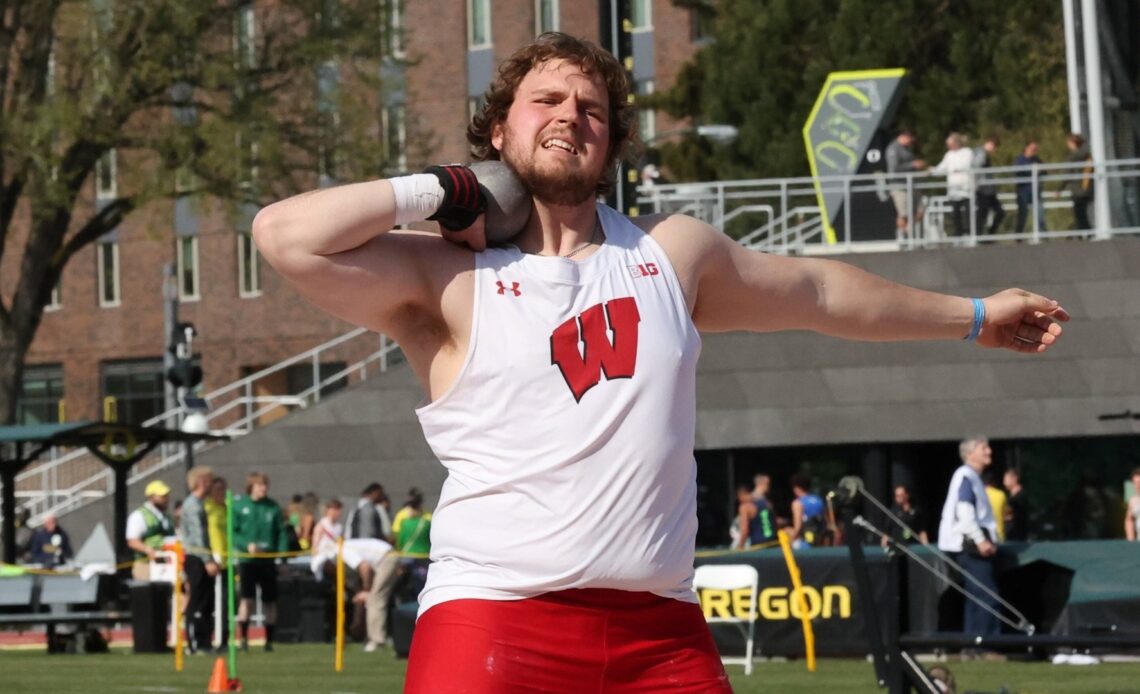 – The Wisconsin men’s track and field team kicked off 2023 by winning two events at the Badgers Midwest Invitational at the Gately Stadium on Saturday.

Two-time reigning Big Ten cross country champion Bob Liking debuted his 2023 season by competing in the mile for the first time in his collegiate career. Liking made the race memorable, winning in a personal best time of 4 minutes, 3.52 seconds, which ranks fourth in the Big Ten and 11th in the NCAA this season.

Grad student Sam Coil took home the win in the men’s weight throw, hurling a personal best of 72 feet, 1 ½ inches. Coil is now ranked second in the Big Ten this indoor season and fourth in the NCAA. Jason Swarens placed fourth in the weight throw with a toss of 63-8 ¾ while Cole Hooper placed sixth at 60-7 ¼.

Redshirt junior Andrew Stone led the Badgers and finished second overall in the men’s shot put with a toss of 60-6. Swarens finished third with a throw of 59-4 ¼.

Freshman Giovanni Wearing placed third in the men’s 60-meter hurdle finals with a time of 8.05 and redshirt junior Cade Amborn finished fifth in 8.15.

In the sprints, redshirt sophomore Sam Amusan finished seventh in the men’s 60-meter dash with a time of 6.87. In the 300 meters, Colin Enz placed fourth in 33.80 while Lawrence Johnson crossed in 34.41 for eighth place.

Liam Belson led the Badgers in the middle distance events, placing second in the 800 meters in 1:53.75 while Robby Hatch took fifth in the 600 meters in 1:23.04. Wisconsin also finished third in the 4×400-meter relay as Enz, Johnson, Jalen Williams and Elliott Harris combined to cross in 3:18.50.

Wisconsin swept the top-three places and five of the top-three spots in the 3,000 meters. Freshman Micah Wilson, who competed unattached, won the event in 8:19.38.  Redshirt freshman Josh Truchon finished second in 8:24.23 while transfer Sam Craig took third in 8:25.26. Oliver Paleen finished fifth in 8:34.25 while senior Derick Peters took sixth in 8:34.34.

The Badgers head to Iowa City, Iowa, next weekend for the Larry Wieczorek Invitational on Friday and Saturday.