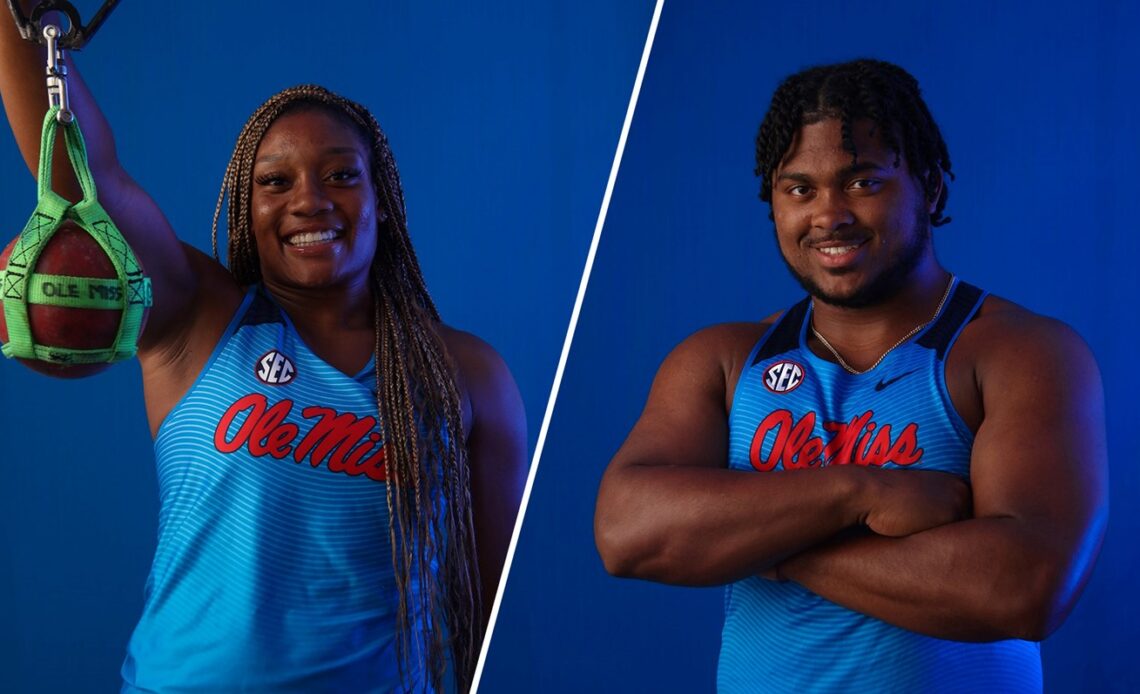 
BIRMINGHAM, Ala. – Ole Miss track & field’s Jalani Davis (SEC Co-Women’s Field Athlete of the Week) and Tarik Robinson-O’Hagan (SEC Men’s Freshman of the Week) have both been honored with weekly awards by the SEC, the conference announced Tuesday afternoon.

Davis set the NCAA lead in the women’s weight throw at Vanderbilt’s Commodore Challenge on Jan. 13 after unleashing a four-foot career-best 24.13m/79-02.00. That performance moved her up to No. 8 in collegiate history with the 23rd-best throw all-time, giving Ole Miss four entries in the all-time top-10 – all of whom are beyond 79 feet. This season, Davis currently ranks second in the world behind former Rebel Janeah Stewart, who set the world lead at the same meet, besting Davis at 24.48m/70-03.75 to relegate Davis to top collegiate finisher. Davis currently holds a one-foot lead over NCAA No. 2, teammate Jasmine Mitchell (23.81m/78-01.50).

Robinson-O’Hagan opened his collegiate career with a massive effort in the men’s weight throw at Vanderbilt, breaking the Ole Miss record by three feet on his winning throw of 22.24m/72-11.75 – claiming victory by more than seven feet. At that distance, Robinson-O’Hagan leads the SEC, ranks No. 3 in the NCAA, No. 6 in the United States and No. 7 worldwide this season. Robinson-O’Hagan is only the fourth collegiate weight thrower since at least 2014 to break 22 meters in their freshman season, and the only freshman in that same timespan to do so in their first collegiate meet.

Ole Miss returns to Nashville this weekend for the Vanderbilt Invitational, which runs Jan. 20-21.