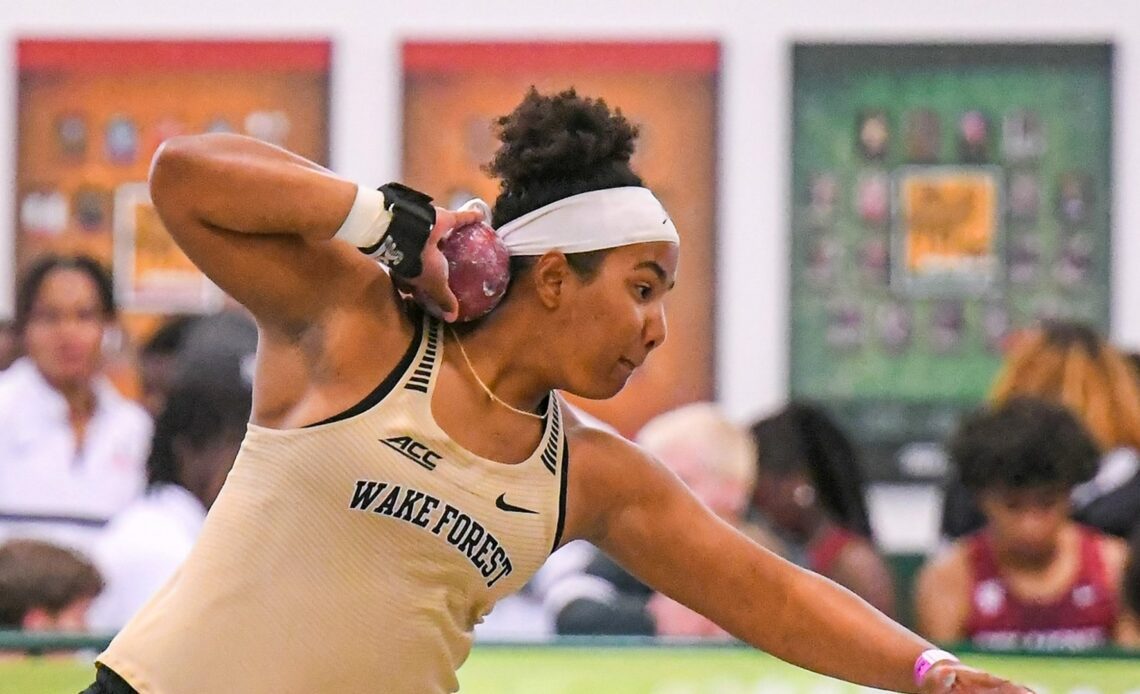 
WINSTON-SALEM, N.C. – Following an impressive weekend which featured two top-10 performances in school history, the Wake Forest men’s and women’s track & field teams will return to action Friday and Saturday as the Demon Deacons will travel to Columbia, S.C. to compete in the Carolina Challenge, hosted by South Carolina.

Action will begin at 10 a.m. on both days and will run until competition has concluded for the day.

Live results from the meet can be viewed here.

Fellow graduate student Emily Akin also had a solid performance in the women’s 3000m as she notched a personal-best, finishing fourth with a time of 9:45.46.

Racing in his second meet of the 2022-23 indoor season, graduate student Joaquin Martinez de Pinillos had a solid performance in the men’s 1 mile as he finished in 4:07.57. Additionally, sophomore Andrew Kivett and junior Pedro Bravo recorded personal-bests, finishing in 4:15.19 and 4:15.78, respectively.