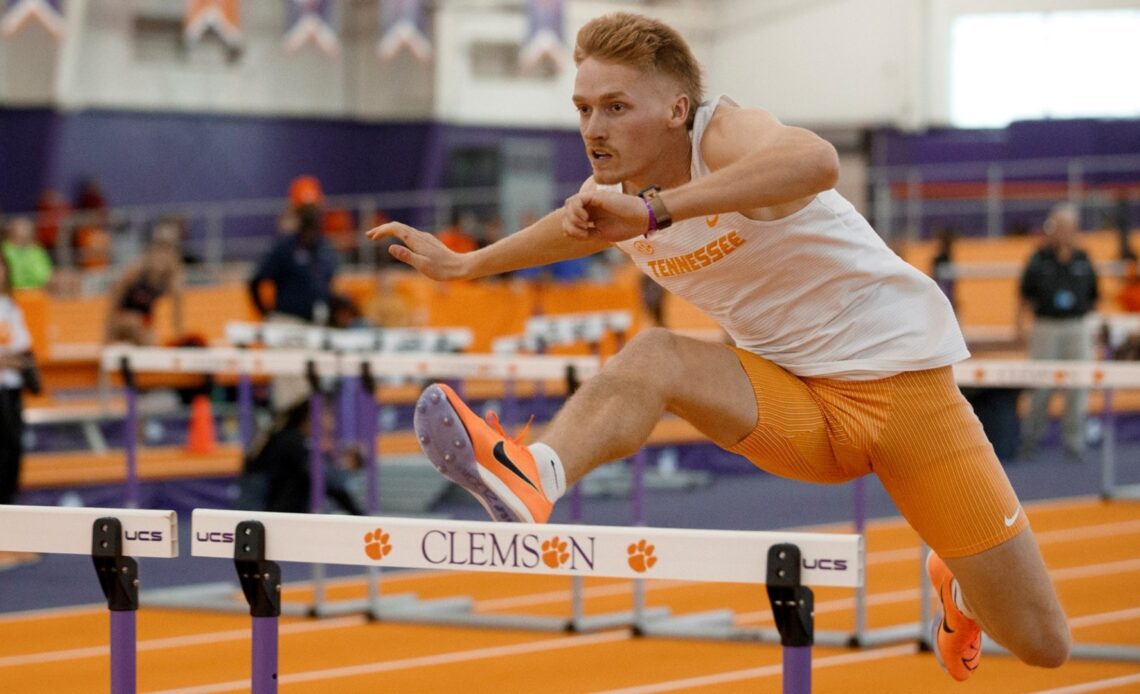 KNOXVILLE, Tenn. — The Tennessee track & field program continues its 2023 indoor campaign this weekend with two groups splitting up for the Carolina Challenge (Columbia, S.C.) and Vanderbilt Invitational (Nashville). Both meets run Friday and Saturday, Jan. 20-21, with several Vols and Lady Vols set to make their season and collegiate debuts.

At the Vanderbilt Invitational, senior Peyton Davis will compete in the men’s heptathlon starting Friday morning at 10 a.m. ET before a host of Tennessee distance runners and women’s pole vaulters spring into action on Saturday inside the Vanderbilt Multipurpose facility. The meet ends with the men’s 3,000-meter run at approximately 6 p.m.

Full schedules for both meets can be viewed at the links above.

FOLLOW LIVE: The Vanderbilt Invitational will be streamed live both days via SEC Network+ (Friday Stream / Saturday Steam), and live results will be provided throughout the weekend by PrimeTime Timing, Inc.


FIRST TIMERS: Six Tennessee freshmen are set to make their first attached appearances for the Big Orange this weekend, including four-time U.S. high school national champion Cheyla Scott who joined the program as a mid-year enrollee earlier this month and will debut in the high jump at South Carolina. Freshman sprinter Aidan McDuffie will also see his first collegiate action in Columbia, running the 60-meter and 200-meter dashes on Friday.

Four members of the Tennessee distance program will make their college indoor track debuts on Saturday in Nashville, with Yordanos Zelinski running the mile and Marilyn McCarthy, Landri Wilcox and Emma Kate Hamby taking on the 3,000-meter run.

Additionally, three men will step on the track surface as Vols for the first time after transferring to Rocky Top this past offseason. Three-time All-American Rasheem Brown is set to debut in the men’s 60-meter hurdles at the Carolina Challenge, while Sterling Melancon will run the 60-meter and 200-meter dashes on Friday evening at USC.

After an All-Region cross country campaign this past fall, graduate student Nate Kawalec will make his first Tennessee track appearance in the mile at Vanderbilt.