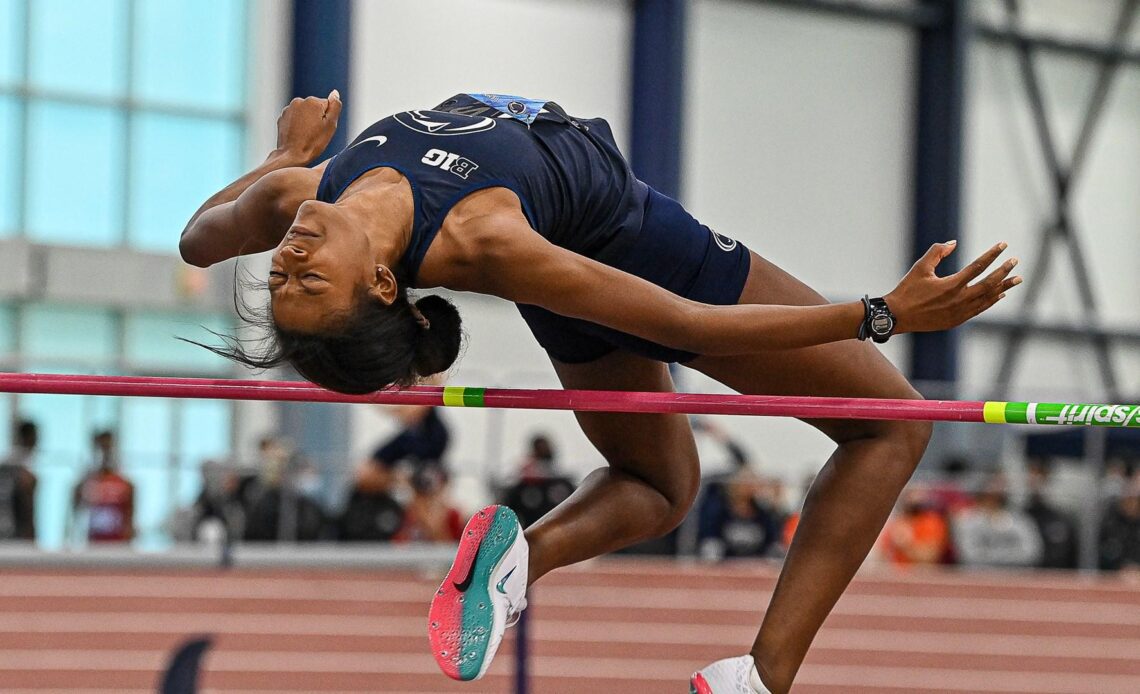 UNIVERSITY PARK, Pa. – The Penn State track & field team will travel to Blacksburg, Va. to take part in Virginia Tech’s Hokie Invitational at Rector Field House on Friday and Saturday for its third competition of the 22-23 indoor season.

Penn State will compete at Virginia Tech following a solid performance at the Nittany Lion Challenge on Saturday, Jan. 14. The Nittany Lions will seek to expand on their success at last week’s meet where they set two international records, tied a school record, posted multiple NCAA top-five marks, and set many personal bests throughout the competition.

Cecelia Bacon tied Penn State’s indoor school record in the high jump at the Nittany Lion Challenge, as she cleared the bar at 1.83m/6-0 to tie Alexa Parks’ mark from 2020.

On the track, Olivier Desmeules (2:21.97 PR) and Yukichi Ishii (2:21.97 PR) set the second and third-best marks in the NCAA this season in the men’s 1,000m run on Saturday, with Ishii breaking the Japanese indoor record in the event. Handal Roban finished with a 2:24.08 PR in the event and broke the St. Vincent and the Grenadines indoor record as well.

Tyler Merkley’s new PR in the weight throw at the Nittany Lion Invitational increased his claim to the third-best mark in the event in Penn State history. The 21.92m/71-11 throw for the graduate student currently is tied for seventh-best in the NCAA so far this season.

Mallory Kauffman’s 56-4 (17.17m) shot put throw at the Bison Opener currently ranks as the fifth-best mark in the nation this year, heading into Penn State’s third competition of the season.


The Nittany Lions have already claimed two Big Ten Athlete of the Week honors so far in the 2022-23 season. Kauffman took home the award for her shot put effort at the Bison Opener and Desmeules earned recognition from the conference when he broke the U23 Canadian national record with a 1:16.63 in the indoor 600m at Penn State’s annual Blue & White Intrasquad Scrimmage on December 10.

A LOOK AHEAD
Penn State will send 52 members of its squad down to Virginia to compete over the course of the two-day meet. The Nittany Lions have entered into the following events this weekend: