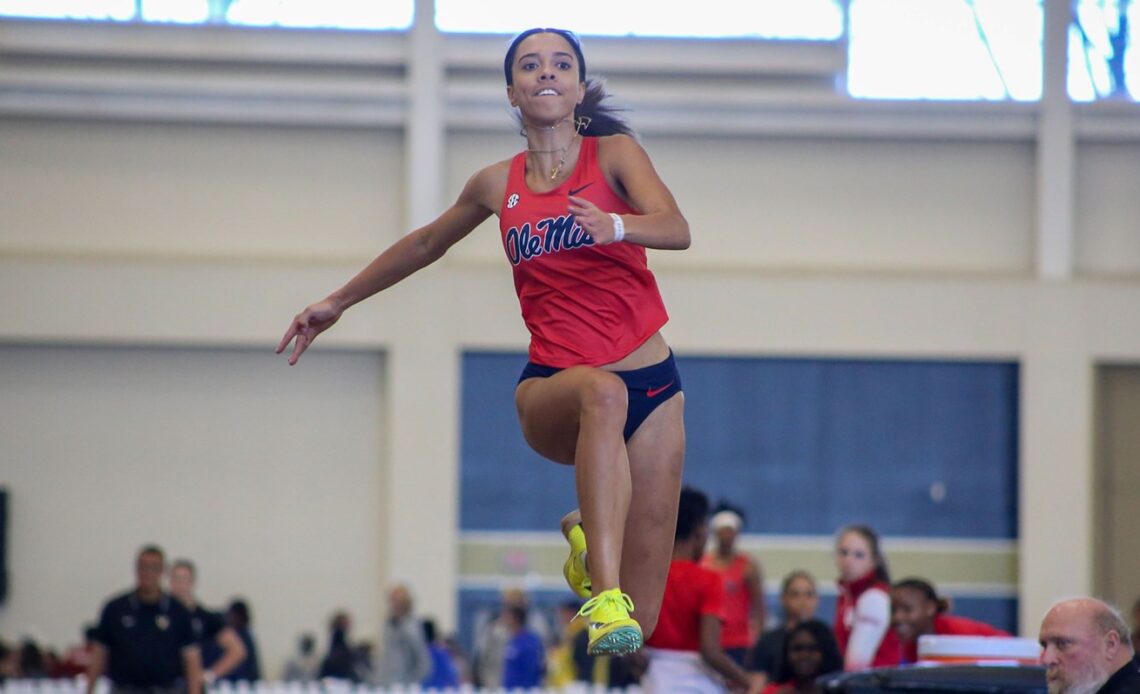 
NASHVILLE, Tenn. – Ole Miss track & field makes a return trip to Nashville, with both Rebel squads competing at the Vanderbilt Invitational this weekend. Competition runs Jan. 20-21 and will stream live on SECN+.

• This is the second of three stops at Vanderbilt for the Rebels this indoor season. Ole Miss opened the 2023 campaign in Nashville last week for the Commodore Challenge, and will return again next month for the Music City Challenge on Feb. 10-11.

• Ole Miss is coming off an excellent open to the 2023 season last week, entering this week with 16 times or marks within the NCAA top-50 (nine men, seven women). That includes six within the NCAA top-16 and the NCAA’s No. 1 and No. 2 marks in the women’s weight throw from Jalani Davis and Jasmine Mitchell.

• Ole Miss earned two weekly awards from the SEC this past week, with Davis being named SEC Co-Women’s Field Athlete of the Week, and Tarik Robinson-O’Hagan winning SEC Men’s Freshman of the Week.

• Ole Miss owns seven NCAA top-50 marks on the women’s side, led by a powerful one-two punch in the women’s weight throw from Jalani Davis and Jasmine Mitchell.

• That performance also moved Davis up to No. 8 in collegiate history with the 23rd-best throw all-time, giving Ole Miss four entries in the all-time top-10 who…