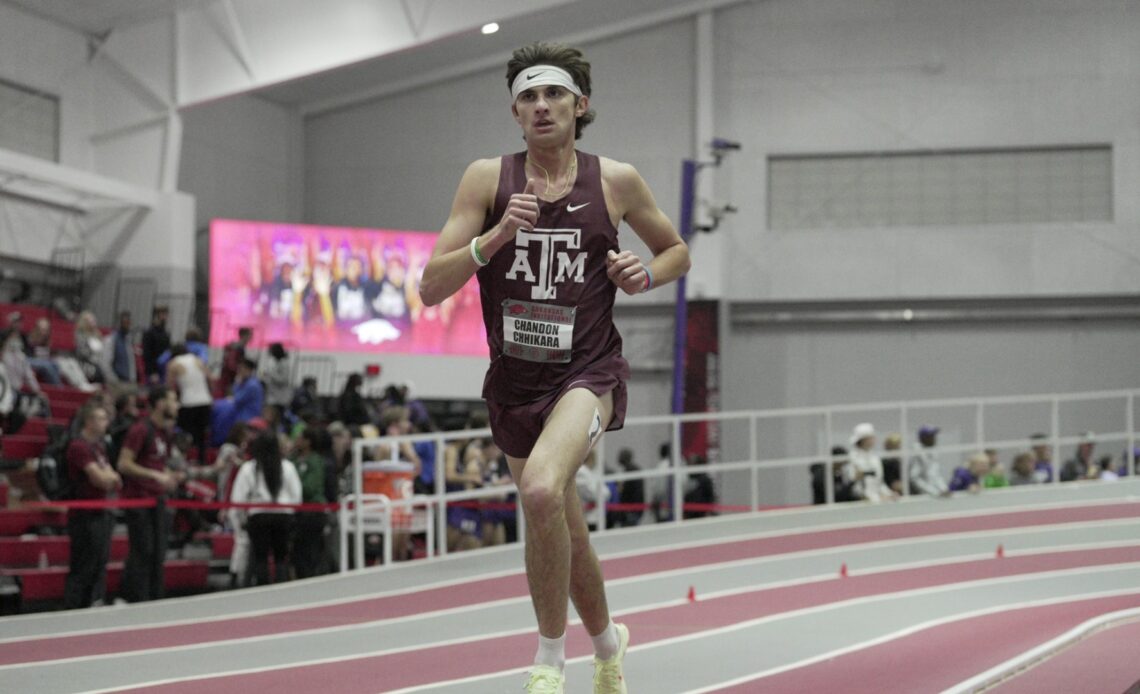 LUBBOCK, Texas – The Texas A&M men’s and women’s track & field teams are set to compete at the Red Raider Open at 10 a.m. inside the Texas Tech Sports Performance Center on Friday.


The Aggies are coming off their season-opener at the Arkansas Invitational, where they collected six event victories, and registered eight Texas A&M all-time top 12 marks.

The men’s 4x400m relay team of Ashton Schwartzman, Omajuwa Etiwe, Auhmad Robinson and Eric Hemphill III currently boasts the sixth best time in the country with their 3:07.93 in Fayetteville, while Connor Schulman’s 60m hurdles time of 7.78 is the eighth fastest in the nation. On the women’s side, the 4x400m relay consisting of Tierra Robinson-Jones, Kennedy Wade, Jermaisha Arnold and Jania Martin ranks fourth nationally with their 3:32.15 clocking. Semira Killebrew, a Florida transfer, owns the 12th-fastest 60m time nationwide at 7.29.

The meet is slated to start at 10 a.m. with the running events, while field events start at 10:30 a.m. Fans can stream the meet on ESPN+, as well as follow the live results provided by pttiming.com.