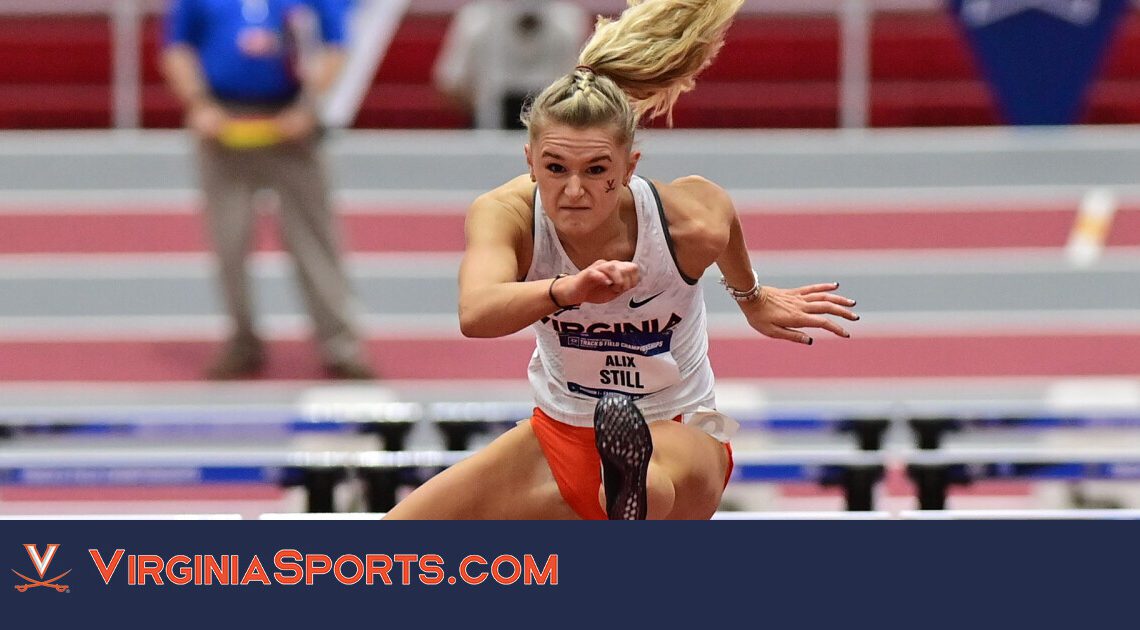 CHARLOTTESVILLE, Va. – The Virginia men’s and women’s track and field teams are set to return to action as the teams travel to Rector Field House in Blacksburg, Va. to compete at the Hokie Invitational. Events will begin Friday (Jan. 20) from 11 a.m. through 9:15 p.m. The competition will resume Saturday from 9 a.m. through 5 p.m.

How to Follow
The meet will not be streamed, but fans can follow the action through a live results link posted to VirginiaSports.com. Live updates will also be posted to the team’s official Twitter account (@UVAtfcc).

Hoos in the Rankings
The initial USTFCCCA Track and Field Ranking Index has yet to be released for the 2023 season. The first rankings of the new campaign are scheduled to be announced on Monday, January 23.

Still’s Pentathlon Opener
Alix Still is set to compete in her first combined event of the indoor season as she enters the Pentathlon on Friday. Still finished fifth in the Pentathlon at the ACC Indoor Championships a season ago and ranks third all-time at UVA with her point total of 3,978.

More to Watch
Owayne Owens is set to open his 2023 season as he competes in the long jump. The Jamaican embarks on his fourth indoor campaign as a Cavalier. Owens, a three-time ACC triple jump champion, holds the UVA record in the indoor long jump which he set in 2021 (7.58m /24’10.5”).

Peter Djan has impressed in both of his outings so far this season. The freshman hurdler opened his Virginia career with the ninth-best 60-meter hurdles time in UVA history, only to better his time at the Virginia Tech Invitational moving into eighth on the Virginia all-time list with his time of 8.05 seconds.

On the Horizon
The Cavaliers will travel to State College, Pa. to compete at the Penn State National on Friday (Jan. 27) and Saturday (Jan. 28).