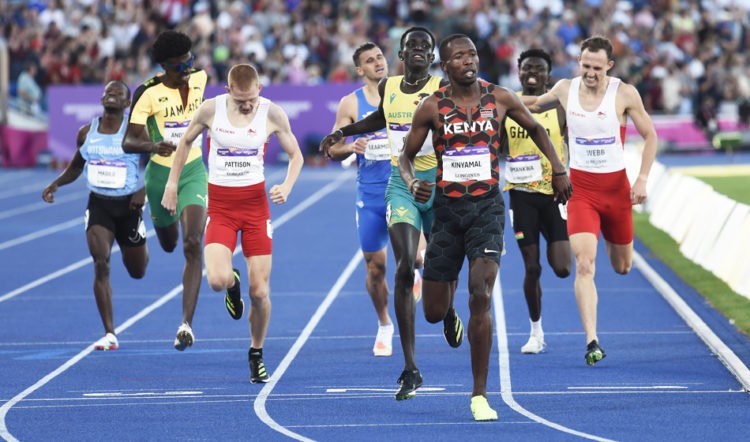 Peter Bol, the Australian 800m record-holder who placed fourth at the Tokyo Olympics, has been provisionally suspended after testing positive for EPO, although the 28-year-old says he is “totally shocked” by the news.

“It is critically important to convey with the strongest conviction that I am innocent and have not taken this substance as I am accused,” he said. “I ask that everyone in Australia believe me and let the process play out.”

He added: “To be clear, I have never in my life purchased, researched, possessed, administered or used synthetic EPO or any other prohibited substance,” he said. “I voluntarily turned over my laptop, iPad and phone to Sport Integrity Australia to prove this. Above all, I remain hopeful that the process will exonerate me.”

He was born in Sudan but fled the civil war there as a child and moved to Australia, settling in Perth and completing a degree in construction management.

Bol will now wait for the results of his B sample.

Athletics Australia CEO Peter Bromley said: “There are procedural fairness and investigative consideration that constrain how much we can say, and at this point it would be inappropriate for Athletics Australia or anyone else to speculate about the specific details or pre-empt any outcome.

“However what we can say is that learning about this adverse analytical finding was both extremely concerning and completely out of the blue, and we will support Sport Integrity Australia who are leading the investigation into the matter.

“As a signatory to the World Anti-Doping Code and the Australian National Anti-Doping Policy, Athletics Australia condemns doping in sport, and we work hard to ensure athletics in Australia is a clean and fair sport for all athletes, including providing anti-doping education in partnership with Sport Integrity Australia.