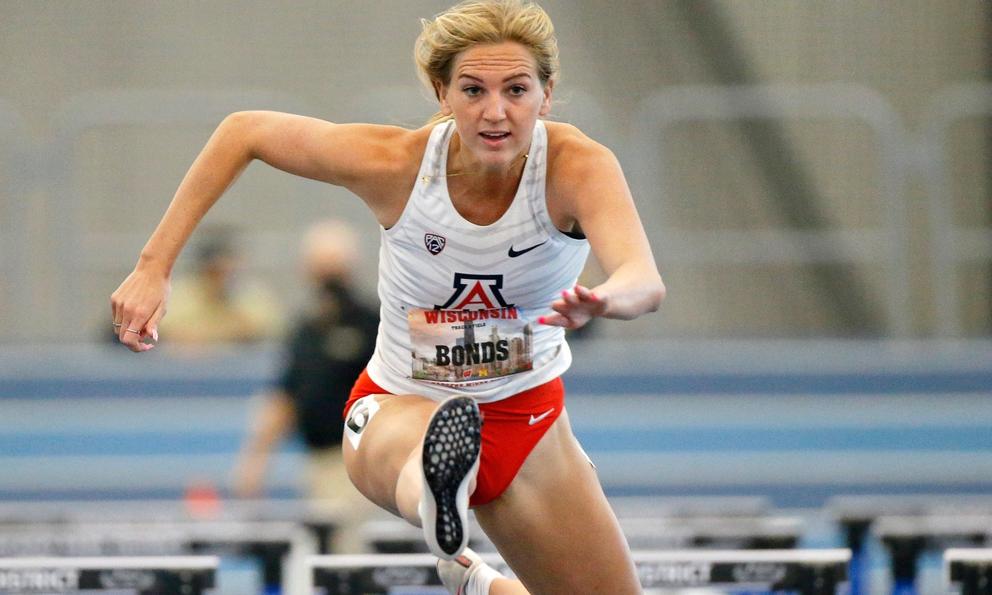 
FLAGSTAFF, ARIZ. – The Wildcats impressed at their first indoor meet of the season, the Lumberjack Team Challenge, on Friday. There were seven Arizona competitors that won their events, but the meet was highlighted by senior Talie Bonds breaking the school record in the 60m hurdles and senior Jordan Geist breaking his own school record in the indoor shot put.

FIELD HIGHLIGHTS
In the first event of the day, senior Katie Daily cleared 4.00m (13-1.5) in the pole vault to finish third overall.

TRACK HIGHLIGHTS
Talie Bonds started the season off strong by breaking the Arizona indoor school record for the 60m hurdles with a PR time of 8.10 to win the event. She also won her preliminary heat along with Skylar Sieben, who placed third in the final with a time of 8.66. Taylen Wise and Hollan Powers also made the final and finished fourth and seventh.

Neysia Howard continued the success in the 60m events by winning the women’s 60m dash with a time of 7.47. Additionally, Jenica Bosko placed second with a time of 7.59, edging out her former 60m PR by 0.01 seconds. Esther Akinlosotu and Lauryn Ford also made the final where they placed fifth and sixth. After winning the 60m earlier in the day, Howard came back with…