Cole Beck remains unbeaten in the 60 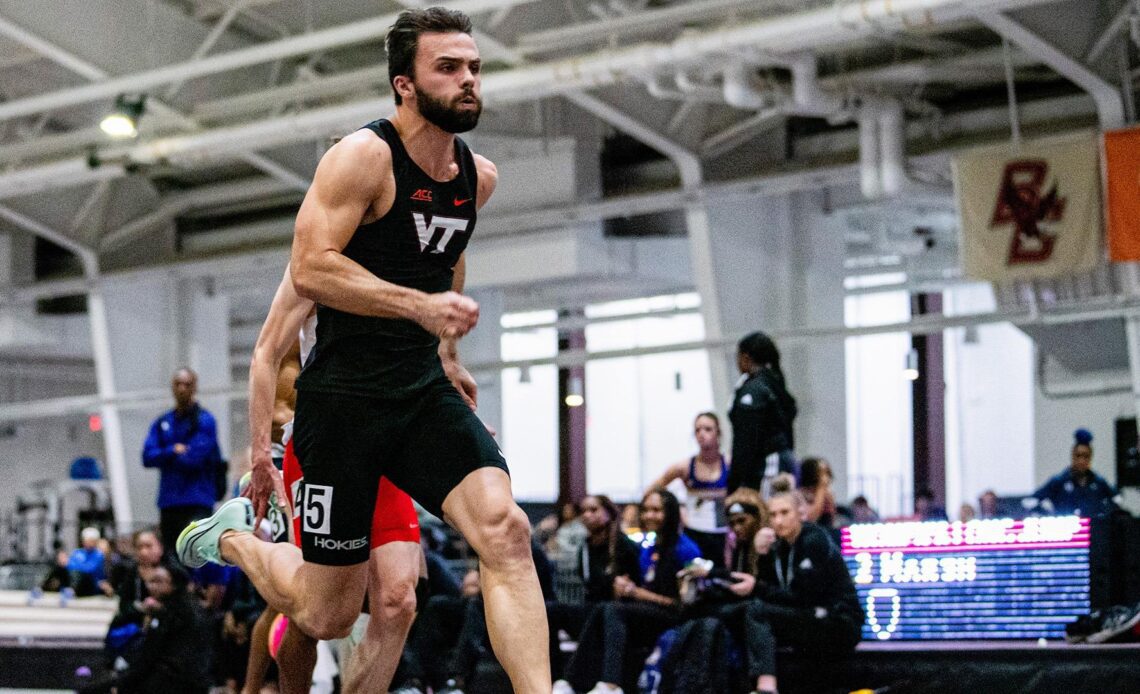 BLACKSBURG – Senior Cole Beck claimed victory in the men’s 60-meter dash on Friday at the Hokie Invitational in Blacksburg, Va. clocking a season-best time of 6.64.

Beck, Ali Diaby, and Torrence Walker went three for three in the prelims earning automatic qualify spots into the finals. Beck won the race followed by Ali Diaby in third with a personal-best time of 6.66. Torrence Walker finished fifth (6.80).

Layla Anderson cleared the 60m hurdles with a personal-best time of 8.26 finishing first among collegiate athletes. Anderson’s time ranks second among the ACC this season.

Journey Gurley soared high above the competition clearing a height of 14’2.5″ (4.33m) on her first attempt. Gurley finished first among collegiate athletes and currently holds the second best-height in the ACC.

Junior Lindsey Butler took control in section one of the women’s 1000m race, leading the pack through all five laps of the track. Butler finished with a personal-best time of 2:42.32 clocking the fastest split of the day 31.79 in the second lap. Hannah Ballowe placed fourth in the field of 24, clocking in a time of 2:44.79.

In the men’s mile, Declan Rymer is ranked fifth in the ACC after finishing fifth on day one of the Hokie Invitational with personal-best time of 4:01.83. Viktor Idhammar crossed the line sixth with a time of 4:03.15.

The Hokie Invitational will continue on Saturday, Jan. 21 with field events beginning at 9:00 a.m.