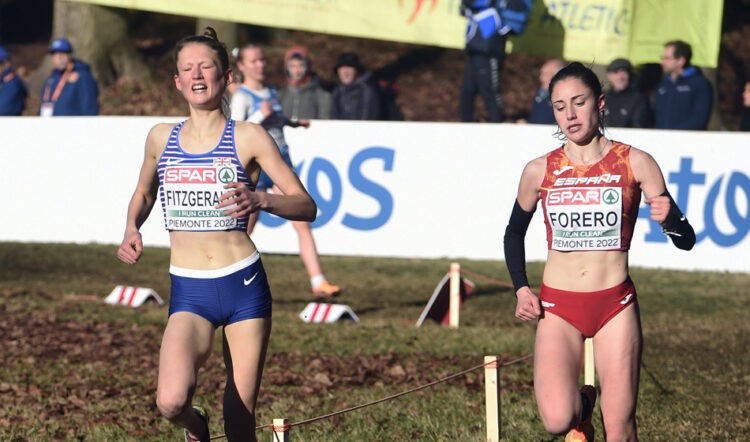 Innes FitzGerald, Britain’s leading junior female endurance athlete, has written to UK Athletics to ask not to be considered for the team for the World Cross Country Championships in Australia. “The reality of the travel fills me with deep concern,” she says.

The 16-year-old from Devon placed fourth in the under-20 women’s race at last month’s European Cross Country Championships against much older rivals. But she made headlines at the event after it emerged she had travelled by train from her home near Exeter in Devon to Turin in Italy because of a reluctance to fly.

This month she missed the British trial in Scotland for the World Cross – with Megan Harris and Ed Bird winning the junior races – and has ruled herself out of the event. Champions for Earth, an organisation for environmentally-friendly athletes, described it as a “tortured decision to decline” a spot on the team.

“To have the opportunity to compete for Great Britain in Australia is a privilege,” FitzGerald said. “When I started running, the prospect of me competing in the World Cross Country Championships would have seemed merely a dream. However, the reality of the travel fills me with deep concern.

“I would never be comfortable flying in the knowledge that people could be losing their livelihoods, homes and loved ones as a result. The least I can do is voice my solidarity with those suffering on the front line of climate breakdown. Coming to a decision has not been easy, however little compares to the grief I would feel taking the flight.”

On her Euro Cross trip to Turin, she took an overnight coach to Lille before catching a train to Turin via Paris. Her family took folding bikes to ride the 20 minutes or so between stations in order to keep costs down. However she feels travel delays and disruption led to her having an underpar race.

“My family is as environmentally minded as I am,” she said. “We live in a passive house on a small holding growing fruit and vegetables. So my dad was happy for us not to fly. Aviation is the most energy intensive activity we can do and explodes a person’s carbon footprint. I don’t want that on my conscience.”

Champions for Earth added: “The Exeter Harriers runner is a champion in more ways than one, winning impressively on the running track and in the world of…