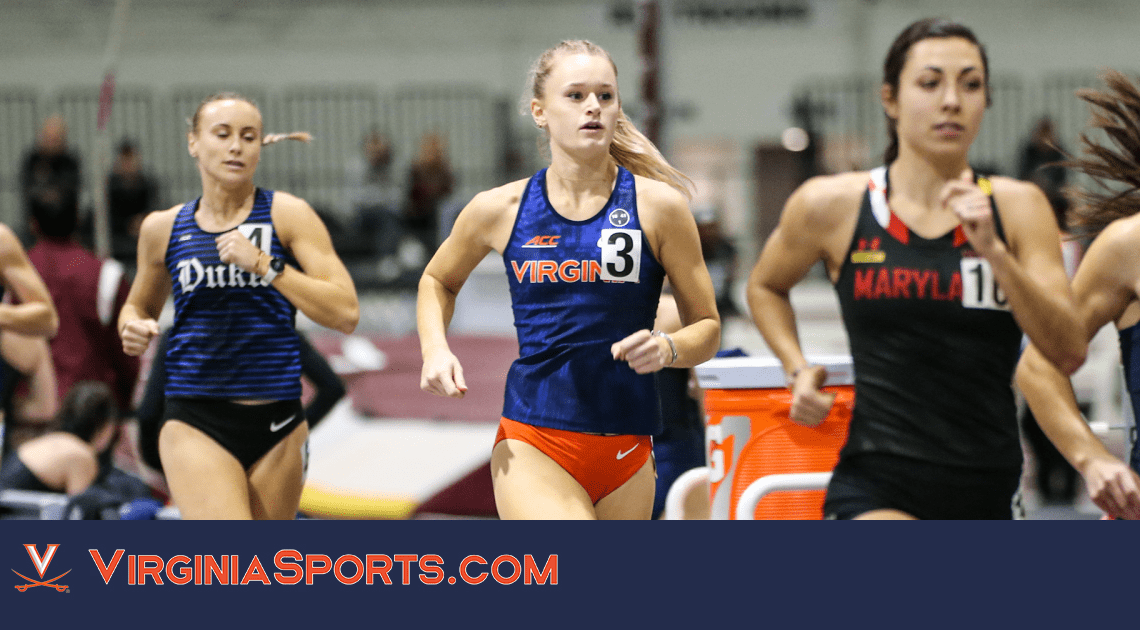 BLACKSBURG, Va. – The Virginia men’s and women’s track and field teams opened competition at the Hokie Invitational where Jada Seaman took home a win in the 60-meter dash while Alix Still turned in a strong opening performance in the pentathlon on Friday (Jan. 20) at Rector Field House.

In the women’s 60-meter dash, Jada Seaman and Kayla Bonnick each topped their qualifying heats to book their places in the finals while Jada Pierre qualified on time. In the finals, it was Seaman who took the victory while Bonnick and Pierre finished fourth and seventh respectively.

In the men’s 60-meter hurdles, Peter Djan turned in a performance consistent with his strong start to the season as he took second in his heat to secure automatic qualification to the finals. Djan followed up with a fourth-place finish in the finals clocking 8.07 seconds, just .02 seconds off his personal best set last week.

In the men’s long jump, Owayne Owens kicked off his 2023 campaign with a fifth-place finish reaching a distance of 7.38 meters (24’2.5”) while Heldi Valikaj placed eighth.

In the women’s 3000-meter run, a pairing of Addison Cox and Linnea Kavulich finished second and third respectively.

The opening day of competition at the Hokie Invitational concluded with the men’s 300 meters where UVA freshman Jaden Lyons capped the night with a victory with a personal-best time of 34.85. Luke Schroeder and Will Trent finished seventh and eighth respectively.

Pentathlon Recap:
Alix Still competed in her first pentathlon of the 2023 indoor season. Still began the day with strong showings in the first two events of the competition as she placed second in the 60-meter hurdles with her time of 8.65 seconds before clearing 1.68 meters (5’6”) in the high jump to position herself in second place overall after the first two events of the day.

Still ended the day with a bang in the 800-meters. In the final event of the day, she raced to a personal-best time of 2:18.38 and took first in the…