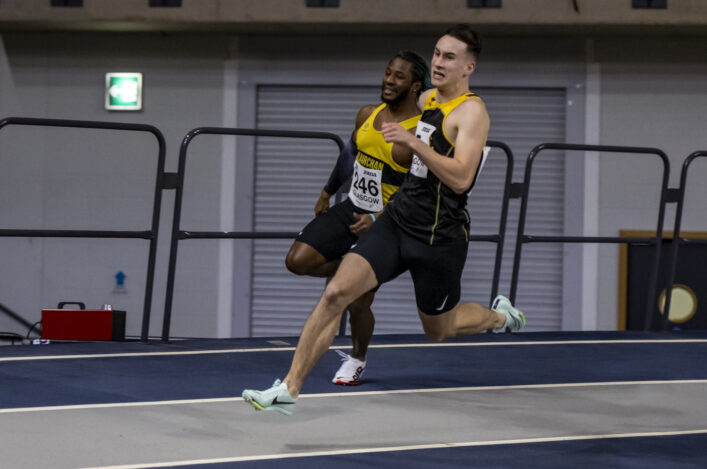 Dean Patterson of Glasgow School of Sport on his way to superb 21.23 run for 200m Native Record (photo by Bobby Gavin)

Hundreds of athletes packed the Emirates Arena in Glasgow today for a superb start to the indoor season, at the 4J Studios National Open.

Always a special event, with seeded events spanning different age groups and genders in a single field, there were PBs galore, as competitors from across the country set their lines in the sand for the season to come.

Hard, perhaps, to believe that this time last year we were still feeling the tail end of Covid restrictions with limited numbers in some events, which added to the sense of occasion this year, as around 700 athletes and a healthy complement of supporters took to the Emirates. 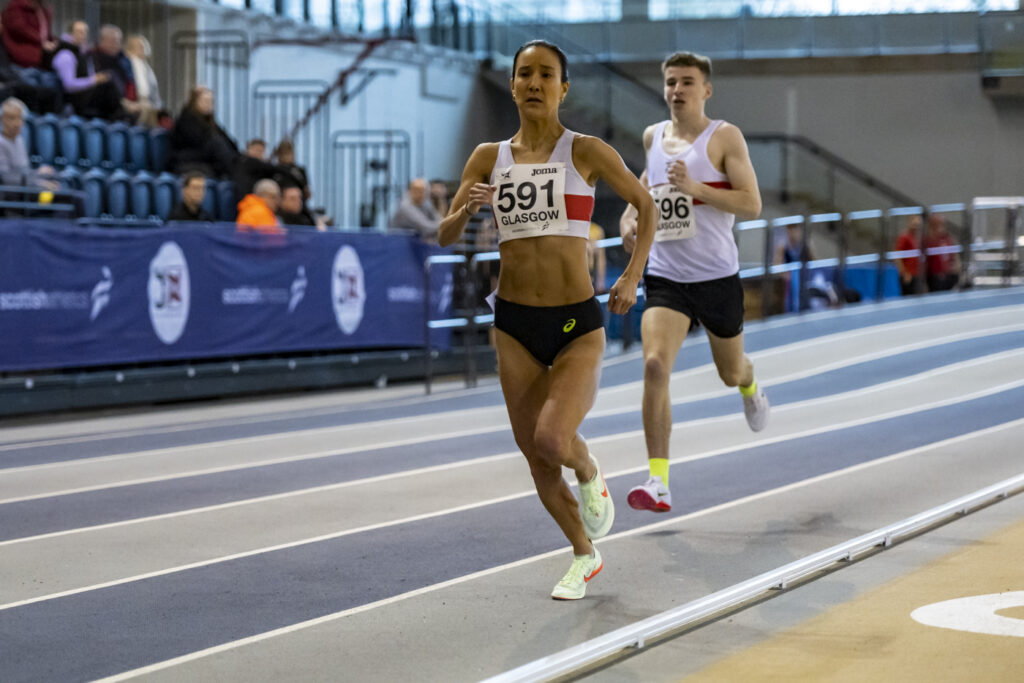