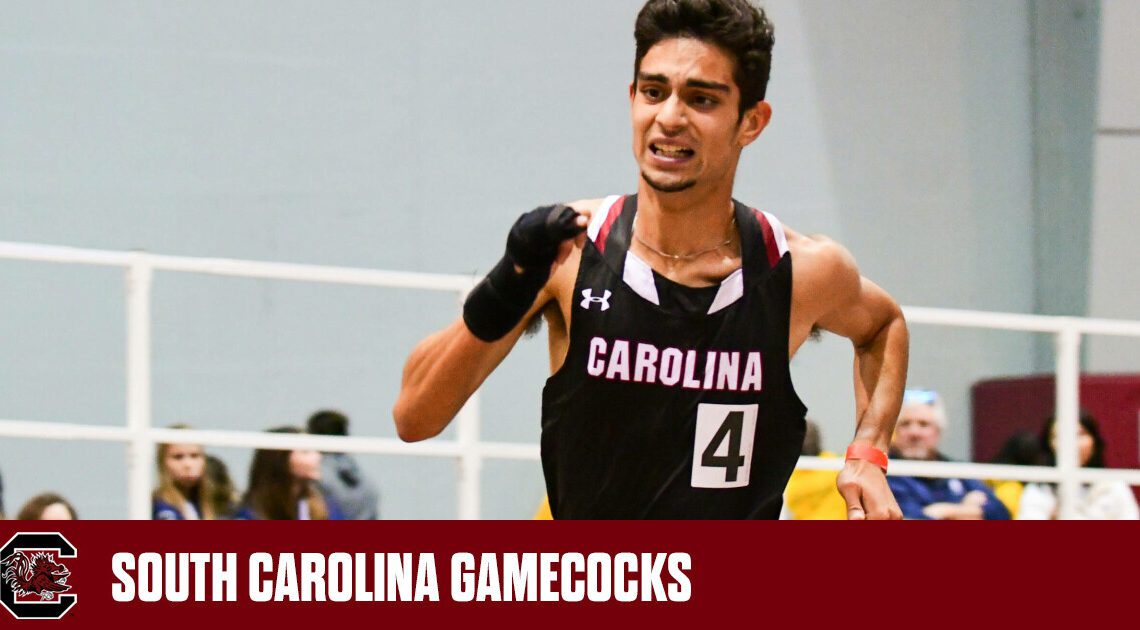 COLUMBIA, S.C. (Jan. 21, 2023) – The final day of the Carolina Challenge belonged to the Gamecocks with a total of eight wins and 19 marks that rank among the NCAA Top 50.

“Watching Rogerio set a new program record in the men’s 3K after everything he has endured was something special,” stated Head Coach Curtis Frye. “Proud of him and for making a strong impact in his first race back this season. I was also encouraged by what we saw from our relay teams that won and by a handful of individuals. Targgart really stepped up today, recording two personal bests in back-to-back throws. We have seen a lot of good things out of the first two meets and we will be tested next weekend in New York.”

Headlining the eight wins was Rogerio Amaral making his season debut in the 3000-meter race as he clocked a time of 8:02.55. The astonishing mark set a new personal best by 20 seconds, while shattering the previous program record by 14 seconds. The Portugal native now ranks 15th in the NCAA in the men’s 3000m.

Joining Amaral in the win column on the men’s side are four more event winners, including one relay squad. Evan Miller was up to his usual self after running a 20.76 victory in the men’s 200-meter, ranking 6th in the NCAA. Miller bested teammate Anthony Greenhow, Jr. (21.23) who turned in the 29th-fastest mark in the NCAA this season. The other two individual winners for the Gamecocks were Dillon McCarthy and Dylan Targgart. McCarthy cleared a new indoor pole vault personal best with a mark of 5.05m (16-06.75), while Targgart also registered a new indoor personal record in the shot put with 19.25m (63.02) to rank 13th in the NCAA.

The distance medley relay team of George Luke, Ethan Mathis, Jake Mangione and Jackson Dawson tallied the 22nd fastest DMR in the NCAA this season on their way to a win, stopping the clock at 10:22.44.

The Gamecock women’s team earned a trio of wins with Jayla Jamison picking up one of the team’s individual wins in the 200-meter sprint. Jamison clocked a personal-record time of 23.39 for the sixth-best time in the NCAA this season and the ninth-best race in Gamecock history.

KD Young earned the other individual victory for the Gamecock women, dominating in the shot put with 15.74m…