Hokies sprint past the competition in the men’s 400m 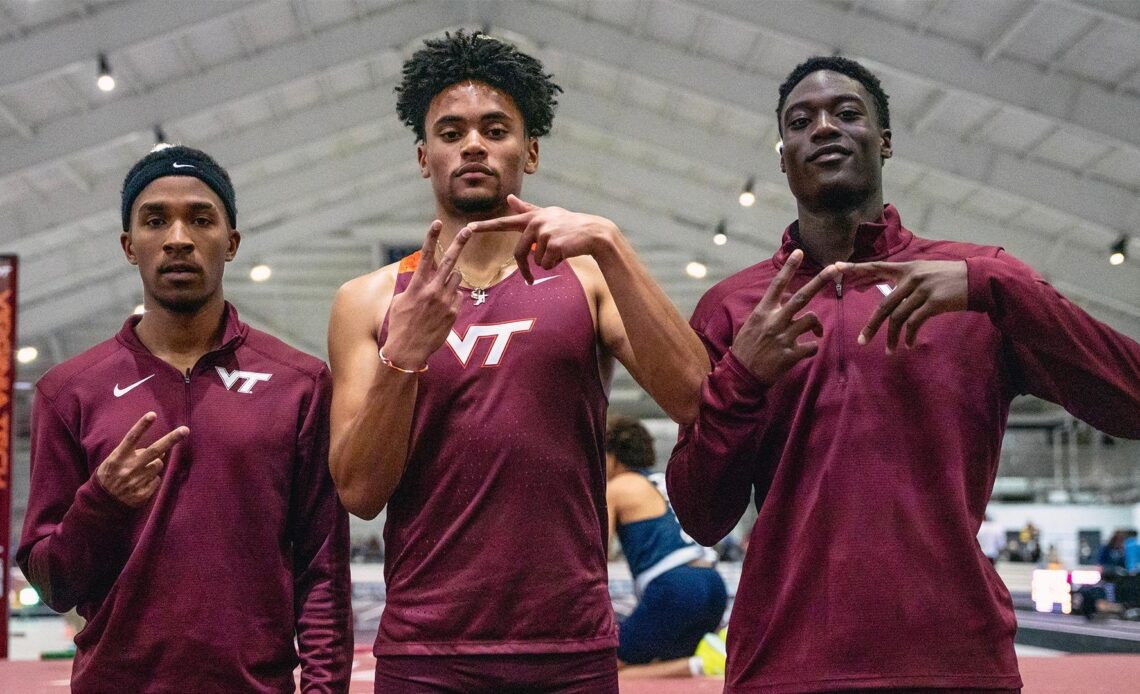 Kennedy Harrison fought to keep pace with Lincoln IV finishing closely behind in second with personal-best time of 46.74. Sophomore Ali Diaby ran a sub-22.0 in the first lap to set the tone in heat two. Diaby finished first in his heat with a personal-best time of 47.34, third overall. Lincoln IV, Harrison, and Diaby own the top three spots in the men’s 400m in the ACC.

Chauncey Chambers made himself the man to beat clearing 52’5″ (16m) on his first attempt of the day in the men’s triple jump.  Chambers improved his marked to a season-best 52’11.5″ (16.14m) on his second jump to secure the victory. Chambers moved up three spots to fourth in the NCAA.

Czech thrower Katrin Brzyszkowska warms up to collegiate competition in the United States finishing second in her season-debut. Brzyszkowska sent the shot flying 53’7″ (16.33m) on her final attempt scoring the fifth-best mark in the NCAA.

Virginia Tech hits the road for the first time this season heading towards Louisville, Ky. on Jan. 27 -28 to compete at the PNC Lenny Lyles Invitational.