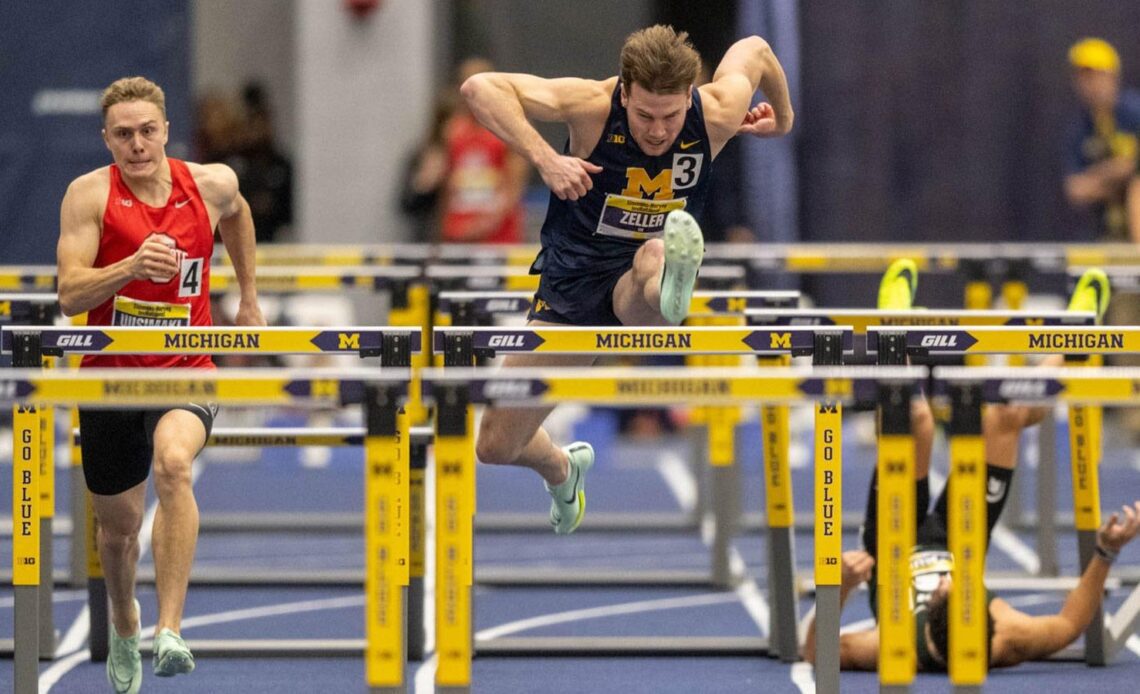 Nick Foster and Joshua Zeller stole the show, dominating the 3,000 meters and 60 meter hurdles, respectively. Foster, who has already set multiple career bests and meet records this season, won the 3,000 meters with a time of 7:53.94. The win — which set a new facility record, meet record, career best and tops the Big Ten, was in a race honoring Michigan alumni Kris Eggle. Zeller won the 60-meter hurdles in a time of 7.69 seconds. Setting a meet and facility record, Zeller sits atop the conference for the event, making his mark only two meets into the indoor season.

Foster led the Wolverines’ domination of the 3,000-meter race, clinching the top four places. Tom Brady (8:05.51) finished second, Oli Raimond was third (8:06.95) and Zach Stewart fourth (8:15.89), with Maize and Blue leading the pack for the majority of the race. Michigan’s distance crew saw additional success in the mile, where Ian Hill took his first collegiate win in 4:12.80, followed by Michael Hancock with a time of 4:12.96.