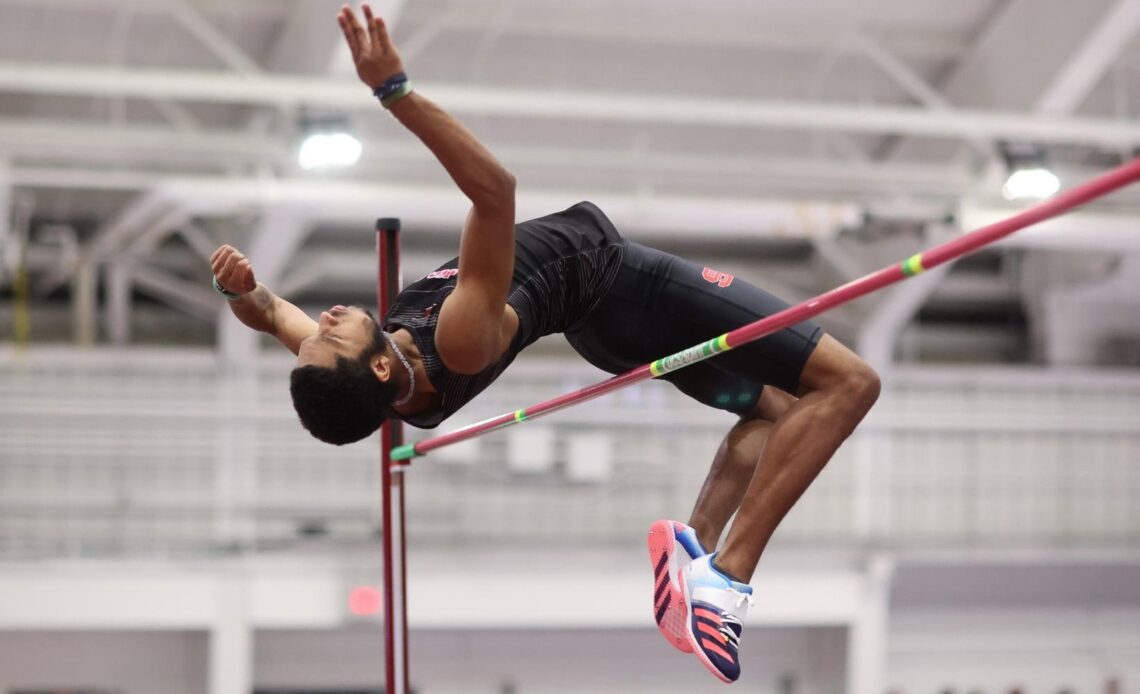 The Wolfpack saw several athletes reach personal best in their respective events. The highlight of the day for NC State was a first place finish from the Men’s Distance Medley Relay team.

In the men’s 200, Henry Young had a top-10 finish, coming in sixth with a time of 22.14. On the women’s side Ally Henson and Imunique Archie advanced to the finals and finished 19th and 23rd, respectively.

Freshman Kyzaiah Stone continues his impressive rookie campaign, winning the high jump for the second consecutive weekend. Stone had a jump of 7 – ¼ on Saturday.

Jamar Davis placed second in the men’s triple jump, leaping out 49-8 ¼ in Blacksburg.

Freshman Nathan Lau had a personal best toss of 47-9 ¼ in the shot put, securing a top 10 (ninth) finish. On the women’s side, the Wolfpack had three top 20 finishes.