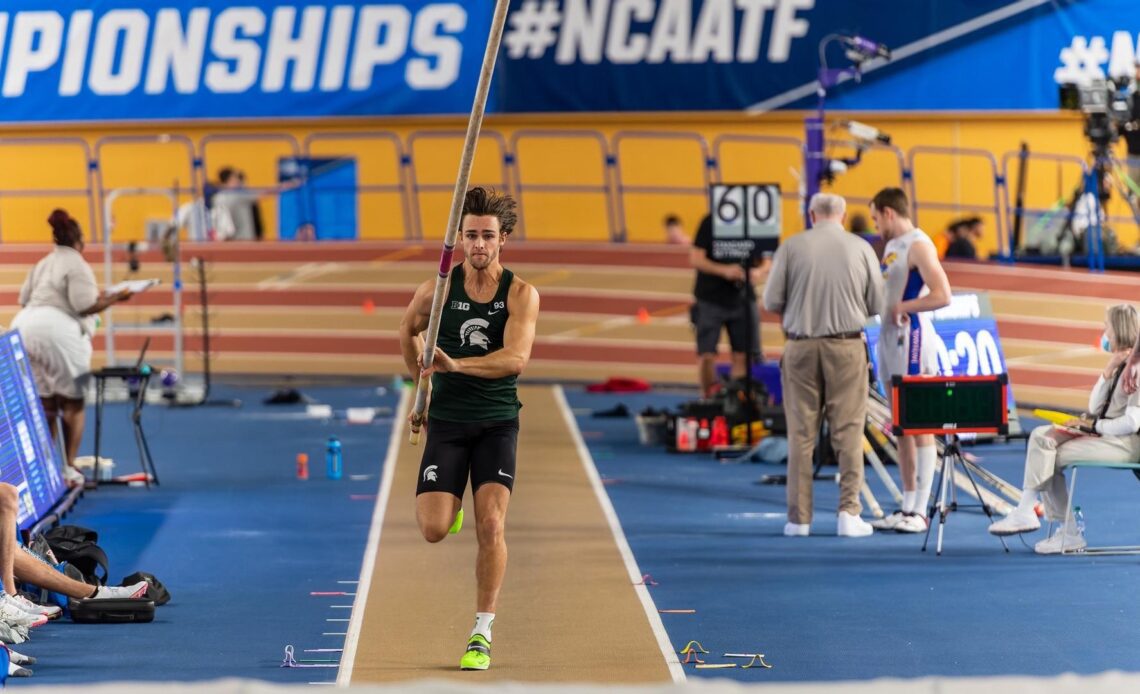 The Spartans took the top spots in both women’s throwing events, with sophomore Opal Jackson winning the shot put with a mark of 15.83m. Sophomore Valadian Pallett won the weight throw with a 18.65m toss, while sophomore Janan Khalil placed third with a mark of 16.33m.

Senior Amani Nuels earned a runner-up finish in the women’s 60m after qualifying in first with a personal-best time of 7.44. She narrowly missed another personal best in the finals, running 7.45. Junior Kaia Scheffler set a personal best of 8.57 in the 60m hurdles prelims, finishing fifth in the final. In the long sprints, graduate student Shakira Dancy finished fourth in the 200m (24.75) and junior Lexy Alston placed fifth in the 400m (58.54).

On the men’s side, senior Antonio Postell earned runner-up honors in the 60m with a time of 6.82. Senior Heath Baldwin (8.24), freshman Regan Lawrence (8.65) and sophomore Dylan Terryberry (9.54) qualified for the finals in the 60m hurdles but elected to not compete.