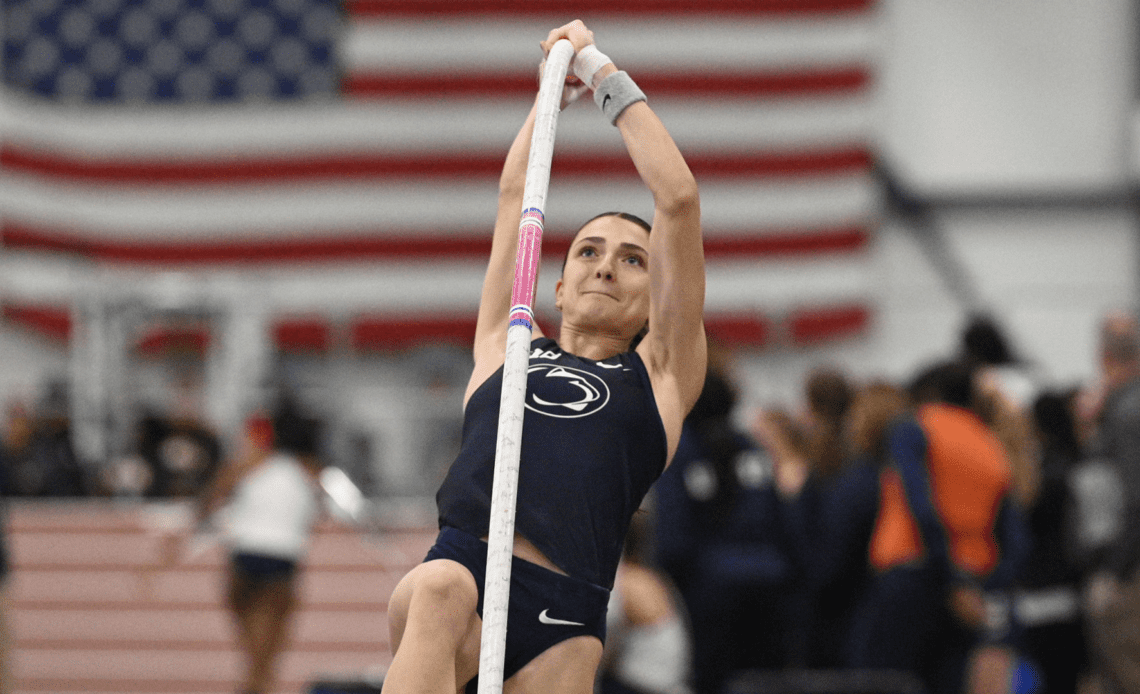 “We were very excited to head down to Virginia Tech this weekend,” head coach John Gondak said. “It’s been about 15 years since the program has been to Blacksburg and we appreciate their hospitality. While we started out a little flat on Friday, we really started to turn out some great performances as we moved through the day. On Saturday, we had some top-five program performances and many performances that are ranked in the top-eight in the Big Ten. It’s always good to get on the road for the first time and be together as a team. We look forward to coming back to Happy Valley for our biggest home meet of the year next weekend.”

Penn State’s fantastic performance at the Hokie Inviational sets the squad up nicely for the Penn State National Open next weekend. With multiple performances ranking inside the top-ten in the Big Ten, and others continuing to build on past success, the Nittany Lions are improving at just the right time to make a splash when they return home next week.

Last week at the Nittany Lion Challenge, Cecelia Bacon posted a 1.83m/6-0 effort in the high jump to tie Alexa Parks (2020) for the indoor record at Penn State.

The Nittany Lions began competition Friday morning with Chloe Royce and Maddie Pitts in the pentathlon. Royce finished fifth overall with a 3,860 in the event. Pitts, a true freshman, set a personal best with a 3,622 total, including a second-place finish in the 800m with a PR of 2:19.82.

In the women’s pole vault, Hailey Zurich tied her own personal…