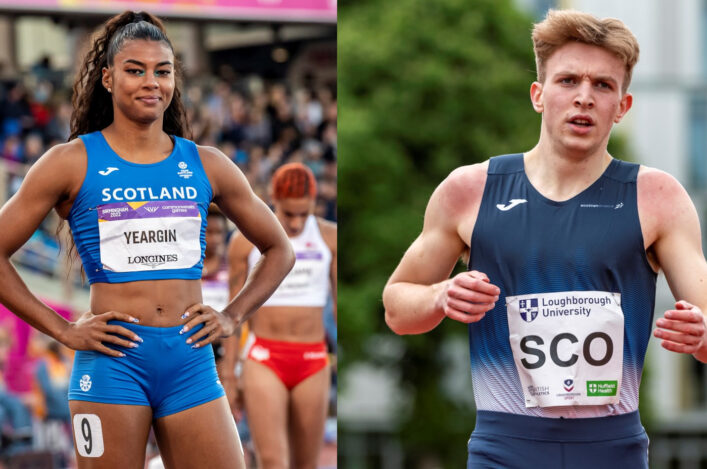 Scottish sprinting enjoyed a very fine 2022 – and already the signs are good for this year.

Following on from Dean Patterson‘s Indoor Native Record at 200m, Scottish athletes in the United States set about re-writing the best performances over 300 metres.

Rebecca Grieve and Brodie Young are at the University of New Mexico and were in competition at the impressively named Dr. Martin Luther King Jnr. Collegiate Invitational Meeting.

Brodie then won his race and placed second overall at the event in 33.94, bettering Praise Olatoke’s 34.02.

Then later Nicole Yeargin opened her season with a victory at the Hawkeye Pro Classic in 36.89 seconds, improving Lee McConnell‘s 2005 best of 37.57.

Note these are classed as Scottish bests with record status generally given only to championship events. 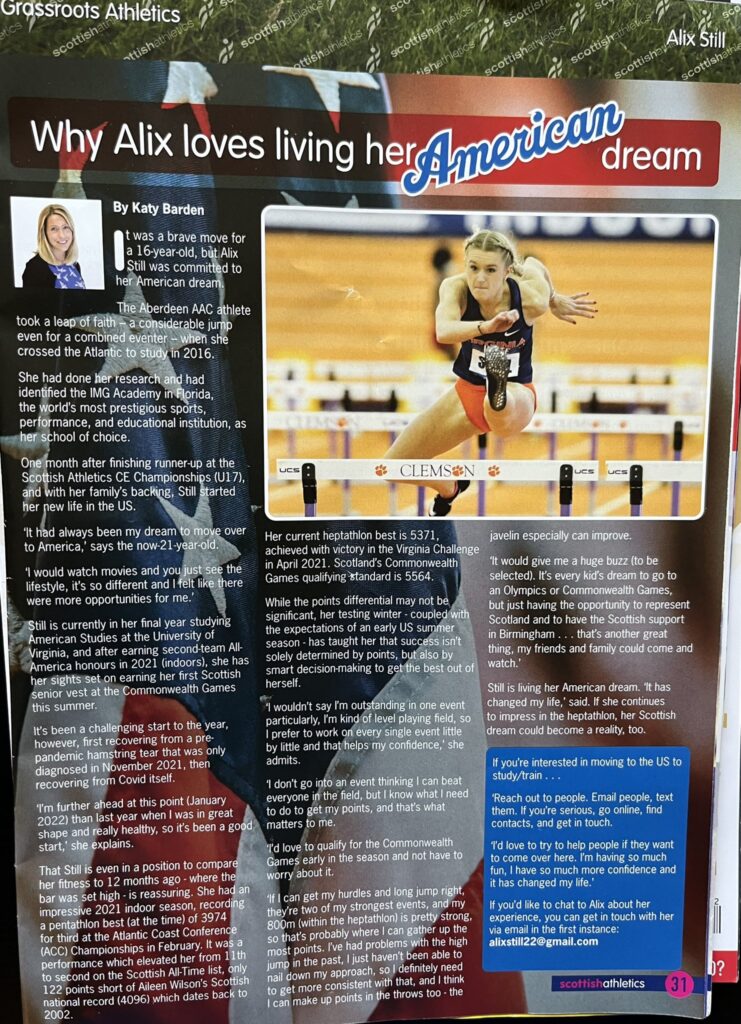 As well as the sprints performances, it was great to see Combined Events success from Alix Still.

The Virginia-based Scot moved second on our all-time list for Women’s Pentathlon indoors – with 4083 points.

Alix was only 13 points away from the Record held by Aileen Wilson and her performances included a shot PB of 11.46m.

We featured the Aberdeen AAC athlete in PB magazine last year – with that Record held by Aileen out-lined as a likely target!

With thanks to Arnold Black and Allan Hamilton