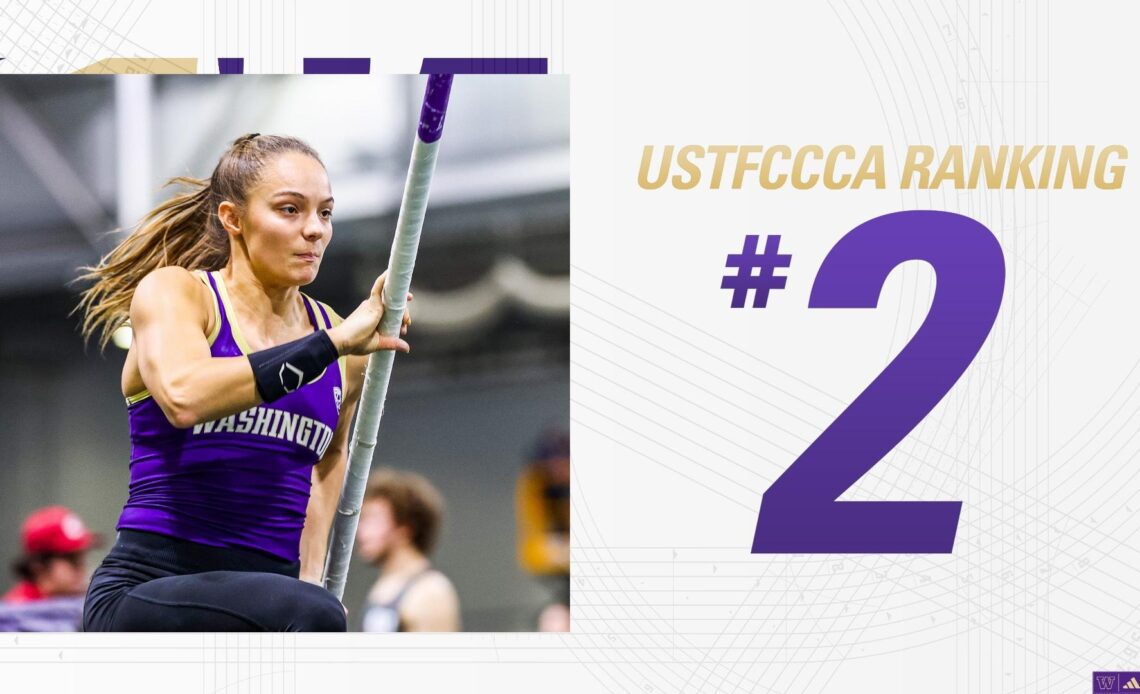 SEATTLE – The Husky women’s track and field team got a sign of just how impressive its start to the season has been, as Washington comes in at a program-high No. 2 nationally in the first national rankings of the indoor season. The UW men’s team also opened up at an impressive No. 14 overall.


The indoor rankings are compiled by the U.S. Track & Field and Cross Country Coaches Association and are comprised of a Ratings Index that is based only on current season qualifying marks, that then gives weighted points to athletes or relays ranked near the top of their events.

The Washington women currently have eight marks ranked in the top-10 nationally of specific events, and six more in the top-25. The team’s mid-distance athletes are accounting for a large share of the point total.

Also in the top-10 nationally are new pole vaulters Sara Borton and Nastassja Campbell. They are tied for eighth with their 14-0 ½ clearances from the UW Indoor Preview. UW also has two women in the top-25 nationally right now in the shot put. MaKayla Kelby is 17th and redshirt freshman Kaia Tupu-South is 24th.

Newcomer Jacob Englar sits 11th in the pole vault after his Husky debut, with another new transfer, Aidan Ryan, also ranked 8th in the 3,000-meters. A third new Dawg, Prestin Artis, is 20th in the long jump with his 25-foot leap from the home opener.