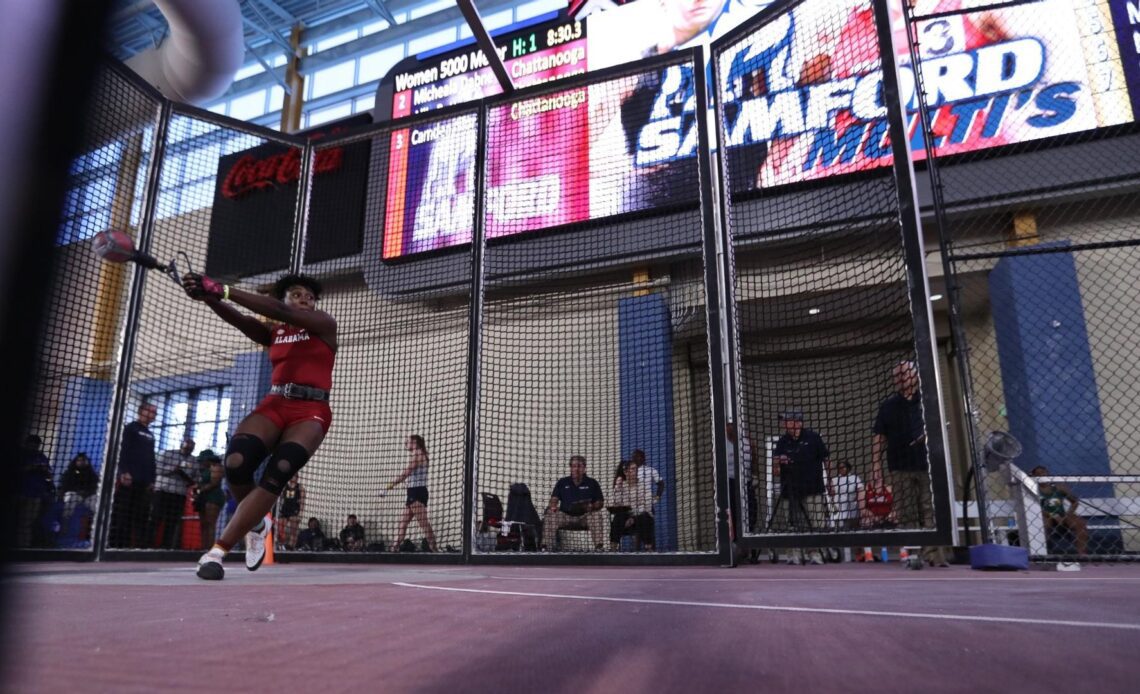 The Crimson Tide finds itself inside the top five behind the strength of its distance runners. Flomena Asekol is the national leader in the mile at 4:32.84, while Hilda Olemomoi and Mercy Chelangat are ranked two-three in the 5,000 meters at 15:17.97 and 15:18.12, respectively. In the weight throw, Taylor Gorum is ranked fifth at 22.22mc (72-11).

Alabama joins Kentucky (No. 3) and Florida (No. 5) as the only Southeastern Conference schools inside the top five.