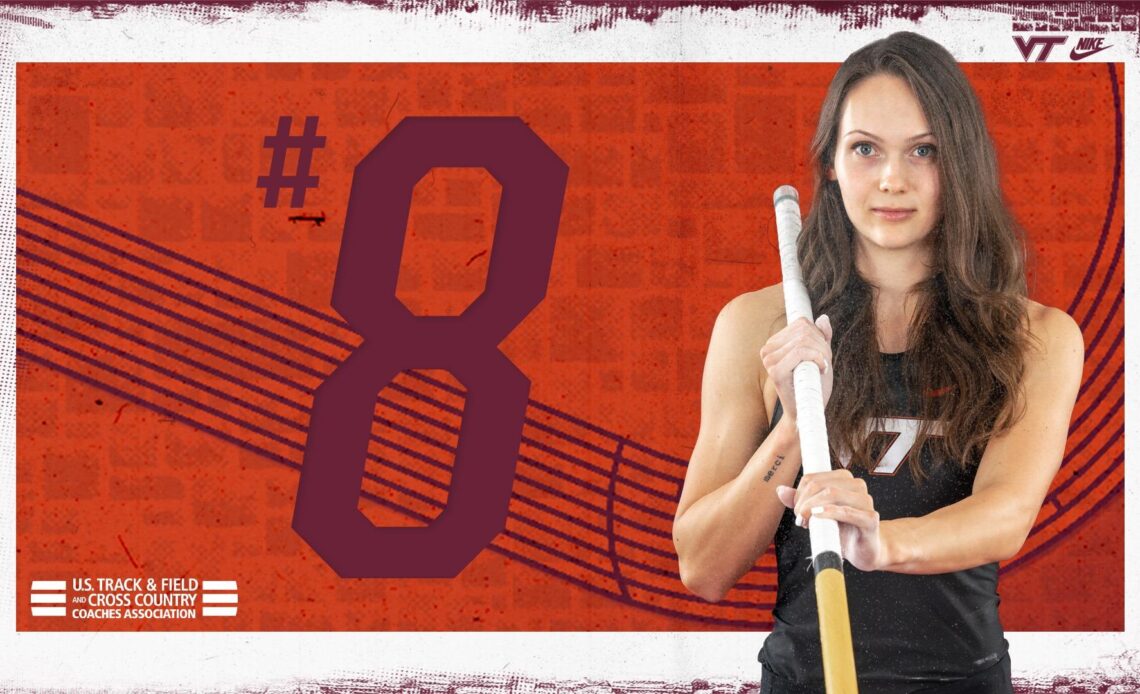 NEW ORLEANS – The Virginia Tech women’s track and field program has been ranked eighth in the first installment of rankings by the U.S. Track and Field & Cross Country Coaches Association.

Junior Julia Fixsen earned 24.51 points for the Hokies and is ranked first in the women’s pole vault with a mark of 14’7.25″ (4.45m). The Tech women received 73.87 points on the National Track and Field Rating Index. Adding to the team’s points in pole vault, sophomore Journey Gurley cleared a personal-best height of 4.33m on Friday at the Hokie Invitational. Newcomer Kenna Stimmel made her way into the top 15 leaping 13’11.25″ (4.25m) to clear the bar, currently ranked 11th.

Thrower Rebecca Mammel is ranked third in the nation in the weight throw scoring 75’4″ (22.96m) at the Virginia Tech Invitational on Jan. 14, Sara Killinen is ranked seventh with a distance of 72’9″ (22.17m). Barbora Stejfova made her collegiate debut at the Hokie Invitational on Friday competing in the women’s weight throw. Stejfova finished second with a distance of 64’4.5″ (19.62m). Virginia Tech is the only ACC school to have three female athletes in the top 10 in the conference. Mammel is ranked first, followed by Killinen in second, and Stejfova ranked fifth.

Sophomore Layla Anderson continues to improve upon her 60-meter hurdles time, setting a personal-best time of 8.26 at the Hokie Invitational on Saturday. Anderson is ranked second in the conference and 26th in the nation. Triple Jumper Cierra Pyles rounds out the team’s score ranked fourth in the ACC with a season-best distance of 41’8″ (12.70m), 26th overall in D1.

Fans who want to make an impact on the program can be a part of Pledge Per Program Record.