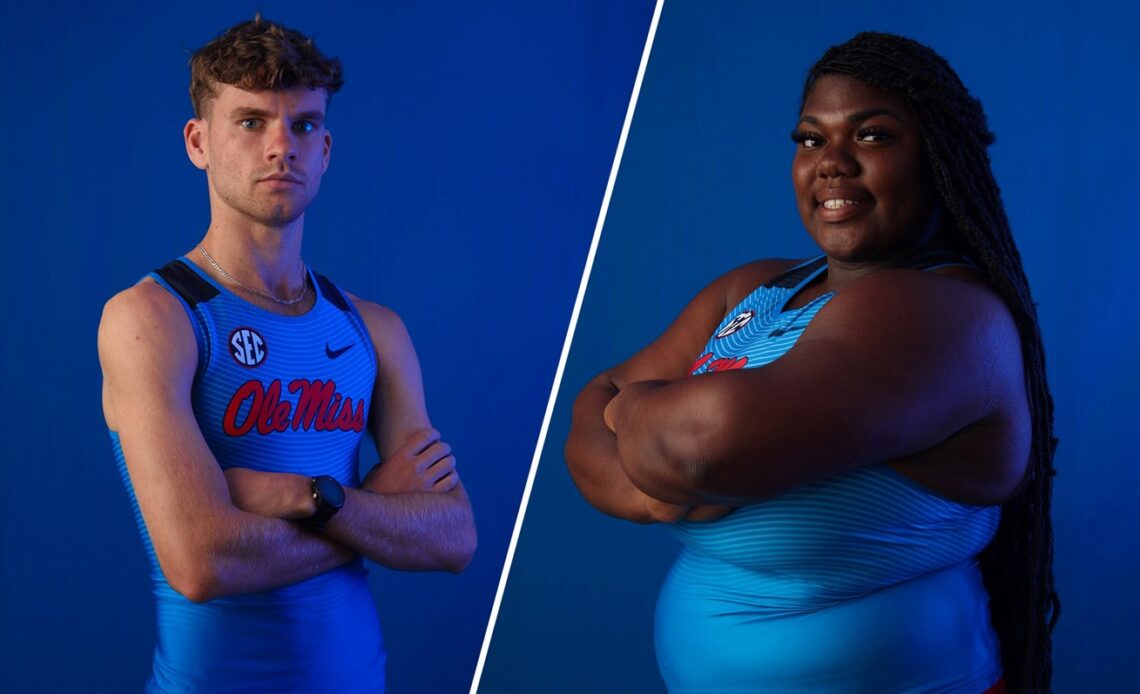 
BIRMINGHAM, Ala. – Ole Miss track & field’s Baylor Franklin (SEC Men’s Runner of the Week) and Jasmine Mitchell (SEC Women’s Field Athlete of the Week) have both been honored with weekly awards by the SEC, the conference announced Tuesday afternoon.

Franklin set the NCAA lead in the men’s 800-meter last week, winning the event at the Vanderbilt Invitational at an indoor career-best 1:46.74. Along with teammate Tiarnan Crorken (1:47.39), the duo helped give Ole Miss the NCAA’s top-two times this season in the men’s 800-meter. That time by Franklin ranks second in Ole Miss history indoors, trailing only national champion George Kersh’s 1:46.19 from the 1991 NCAA Indoor Championships. In his most recent 800-meter race last summer, Franklin finished fifth in the U.S. final at a career-best 1:45.65.

Mitchell won the shot put by two feet at the Vanderbilt Invitational, launching a two-foot PR of 17.42m/57-2 to take over the lead in the SEC while also ranking No. 3 in the NCAA, No. 4 in the U.S. and No. 8 in the world this indoor season. She also finished runner-up in the weight throw at a season-best 24.06m/78-11.25, improving on her spot in No. 2 in both the SEC and NCAA this year behind teammate Jalani Davis. In the weight throw, Mitchell finished as the top collegiate finisher behind former Rebel great Janeah Stewart, who tied the world record on her winning toss of 25.60m/84-0. Mitchell is currently the only thrower in the NCAA this year to throw beyond 78 feet in the weight and 57 feet in the shot put.

Up next, Ole Miss will travel to Arkansas for a national-caliber team competition in the Razorback Invitational on Jan. 27-28.