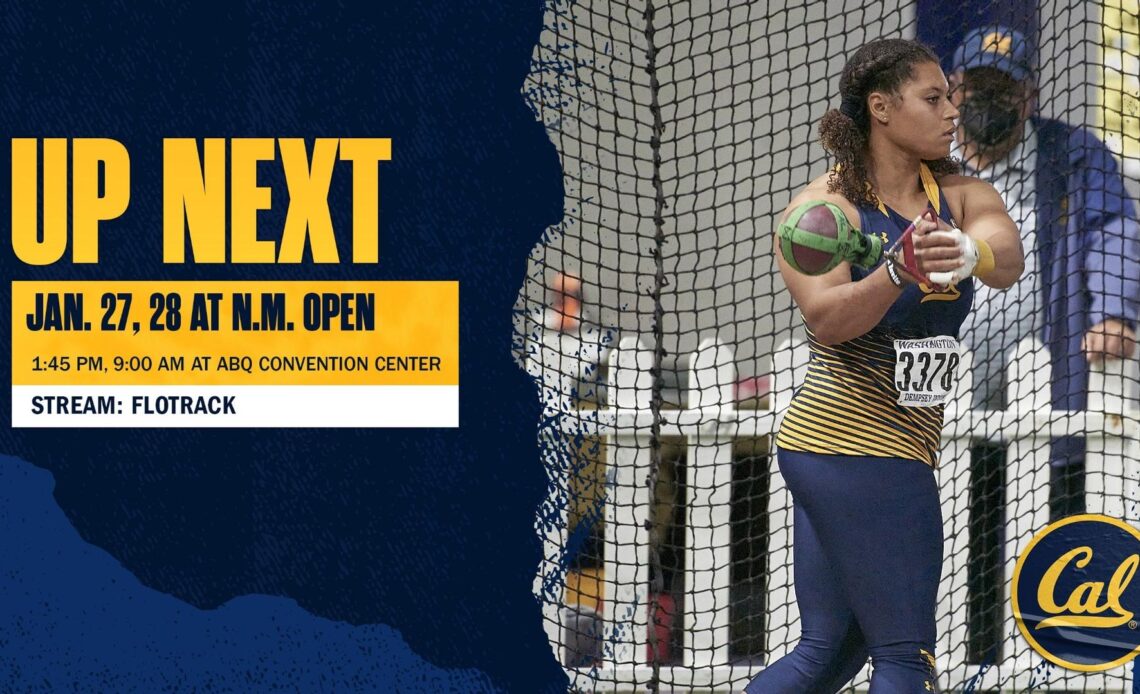 BERKELEY – For California track & field, this weekend’s opener represents not just a beginning, but a continuation of the 2022 season’s incredible narrative.

Director of Track & Field/Cross Country Robyne Johnson is admittedly “very excited” – a sentiment that has persisted across the entire squad throughout the offseason.

45 total Golden Bears will travel south to Albuquerque, N.M., this weekend for the New Mexico Team Open, which is scheduled for Jan. 27-28. The first event on Friday (women’s weight throw) will commence at 1:45 p.m. PT, while Saturday’s contests begin at 9:00 a.m. with the women’s shot put.

15 of those 45 athletes are new to the Bears, but all have the opportunity to leave a positive impact on the team’s scoring chances and all-time lists. Last year, Cal accumulated 25 top 10 indoor program marks, including a school-record 24.06m (78-11.25) in the weight throw from Camryn Rogers.