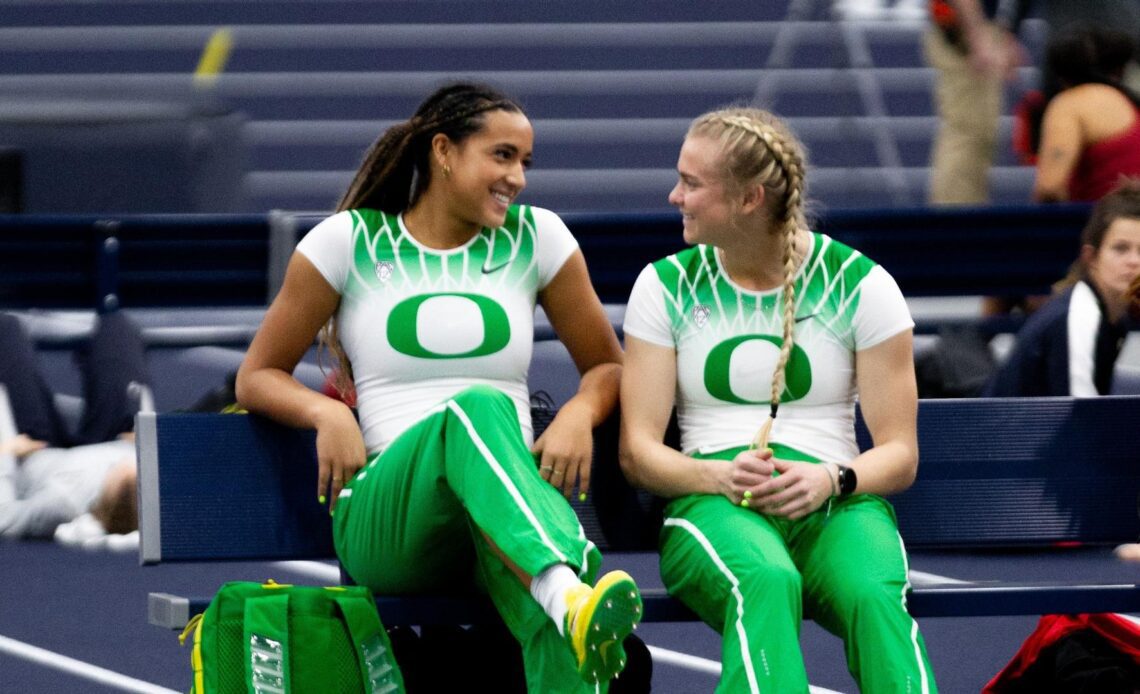 EUGENE, Ore. – Two weeks since its season opener, the Oregon track and field team continues its 2023 indoor campaign beginning Thursday with day one of the Texas Tech Open & Multis in Lubbock, Texas. The Ducks will also send members of their distance crew to Seattle for the two-day UW Invitational.

Thursday at the Texas Tech meet will feature the pentathlon and day one of the heptathlon. The Ducks’ sprinters, jumpers and throwers are also in Lubbock this weekend. In addition to its individual entries at the UW Invitational, Oregon is scheduled to run its distance-medley relays Friday evening in Seattle.

Women in Flight
The Women of Oregon check in as the No. 14 team in the country with Monday’s initial release of the USTFCCCA rankings. The UO women carry six top-15 national marks including an NCAA-leading effort from Jorinde Van Klinken in the shot put. Jadyn Mays, third in the NCAA 60 meters last season, stands sixth at 200 meters and 10th in the 60 based on her times at the season-opening Cougar Classic.

Last Time Out
The Ducks combined for 19 top-three finishes including four wins during the season-opening meets at the Cougar Classic and UW Preview. Mays and Williams swept the 60 meters with Mays doubling back with a victory over 200 meters. Van Klinken, the defending NCAA indoor champ in the shot put, picked up right where she left off with a win in Seattle.

Meet Levi
The UO track and field team picked up a special addition to the roster Jan. 21 when nine-year-old Levi Morris joined the Ducks through Team IMPACT. Levi, who battled leukemia, was joined by family and friends, The Duck and his new teammates in a Signing Day event at Hayward Field. Team IMPACT is a nation-wide organization that pairs children facing serious illness with college athletic teams.