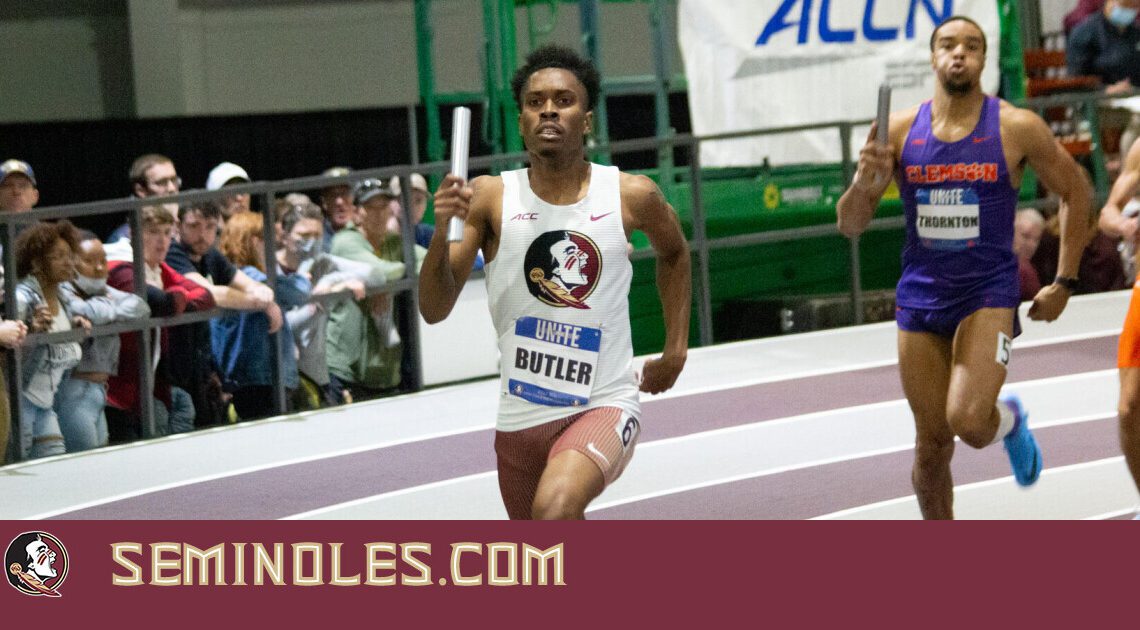 CLEMSON, S.C. – The Florida State track and field team had another solid day at the Clemson Invitational at the Rock Norman Indoor Track and Field Complex on Saturday afternoon.

The Noles were led by the men’s 4x400m relay (Butler, Collier, Willis, Watkins Jr.) who clocked the third-fastest indoor time in school history with a time of 3:05.82 to finish second in the event.

Jeremiah Davis continued his phenomenal weekend in the triple jump recording an indoor personal best mark of 16.04m. That mark puts Davis at No. 6 on FSU’s all-time list for the event. Kyvon Tatham also finished sixth in the event with a mark of 15.29m.

The women’s 4x400m relay of Tyra Wilson, Dajaz DeFrand, Kaniya Johnson and Faith Banks finished fourth in the event with a time of 3:41.77.

In the shot put, Riley Simmons made her debut in the Garnet and Gold and finished sixth with a mark of 13.86m.

“It was a really good productive day for our team. Obviously, the highlight of the day was the men’s 4x400m relay who put together a really good time to start the season. We had a lot of personal bests across the board, we can’t to see the improvement throughout the year,” Head Coach Bob Braman said.

The Noles will be back in action next Friday and Saturday at the Vanderbilt Invitational in Nashville, Tenn.