Men’s track and field team travels to Iowa and Ripon 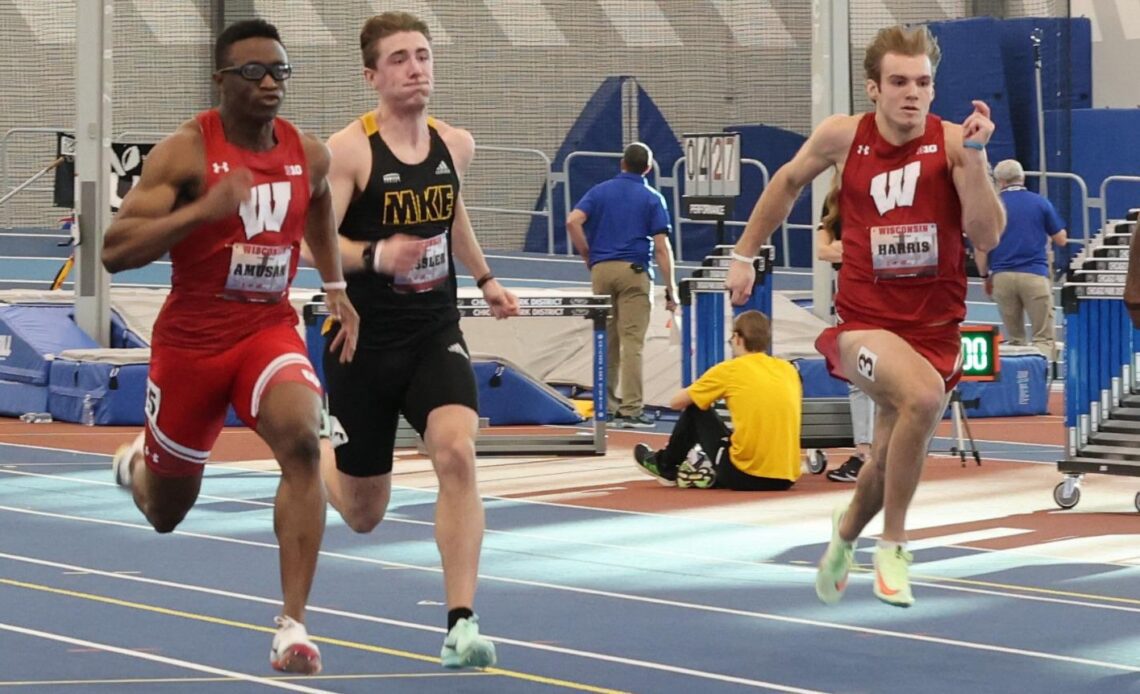 MADISON, Wis. — The Wisconsin men’s track and field team splits its weekend of competition with the throwers heading to Ripon, Wisconsin, for the Red Hawk Opener. Events begin at 11 a.m. on Saturday.

The rest of the team heads to Iowa City, Iowa, for the Larry Wieczorek Invitational. Events begin at 11 a.m. on Friday and noon on Saturday. The Badgers face Illinois, Illinois State, Indian Hills CC, Iowa, Northern Iowa, Tiffin, and Tulsa at the Iowa Recreation Building.

Here are the five events to watch:

3. LIKING THE MILE: Junior Bob Liking competed in his first mile run event last weekend at the Badgers Midwest Invitational, leading the way the entire time and won with a best time of 4:03.52. Liking is now ranked fourth in the Big Ten this season and 11th in the NCAA. Several middle distance runners will open their track seasons this weekend.