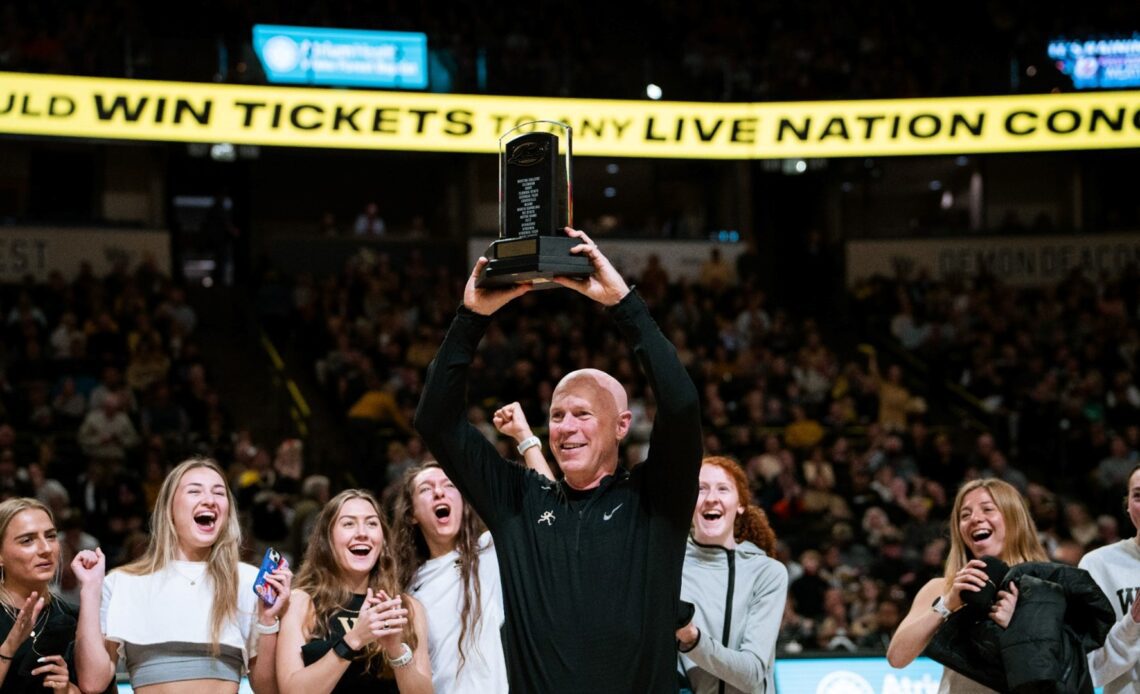 
If you want to win ACC Coach of the Year, Wake Forest is the place to be.


Wake Forest director of track & field and cross country John Hayes became the latest when he was named ACC Cross Country Coach of the Year in December, adding that accolade to his third-straight Southeast Region Coach of the Year honor.

“It feels great,” Hayes said. “It just means my peers in coaching recognize that we did well, but it’s an award that goes to the young men. Of course, I get the privilege of hanging it here on the wall, hoping that I’ll be here for another 10-plus years, but that’s an award to the young men on our team who have done all the work. We just have great young men who believe in the system and believe in what Wake Forest has to offer.”

He arrived as the new coach in August of 2016, and has built Wake Forest cross country into a powerhouse in the toughest conference in the country.

“The team was very excited when I first got here until they heard from me what it took to be excellent,” Hayes said with a bit of a chuckle. “That was a pretty big shock and some of them didn’t like it. We battled through a lot of things.”

He doesn’t take for granted the vast responsibility of what his role entails in helping develop young student-athletes both on and off the field of play.

“I’m here to develop young people from the age of 18 to be prepared for the real world,” Hayes said. “We’re giving life skills and a slap on the wrist when they do wrong, with the understanding that every decision they make has a consequence. The kids have to be ready for the real world when they depart here, but I’m also trying to put guys from here on the Olympic team.”

“My job is to make memories. I want them to talk about the memories when we were on the podium at the ACC Championships. This is a special place. Our kids have to understand that. We’re making amazing memories for these kids to have the rest of their lives.”

And plenty of memories were made in 2022, as the Wake Forest men’s cross country team produced a dominant ACC Championship performance, and then finished the campaign with an impressive fifth-place finish in the NCAA Championships. Three…