Looking for inspiration and motivation in athletics 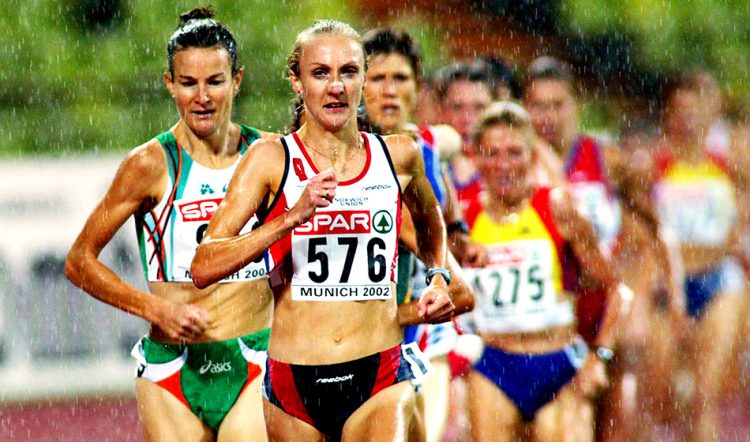 I remember vividly my first day of middle school as a small, unshaped person in an oversized uniform. I inscribed my name voraciously in my most perfect handwriting on every crisp new textbook we received. Best of all, I was asked to go home and decorate my Physical Education folder with the image of a person who inspired me. I knew immediately who it would be.

I had watched her from the floor of my grandparents’ living room that summer, my boggling eyes mere inches from the screen because sitting on the sofa was too far from the heat of the action.

I knew nothing about running, and everything about ponies and ballerinas, but every time Kelly Holmes set foot on that Olympic track in Athens, I just knew she was going to win. Perhaps it was my naive kind of childhood belief in such things or perhaps her determination to do so was just that palpable even through the television, but win she did. Twice. After that, the image that splashed across so many front pages of Kelly, arms aloft, braided and rippling with disbelief and delight, remained fried in my brain forever more.

I joined the school cross-country club which met every Friday after class, and when sports day came around and I begged my teachers to let me enter more than just three races, I finally felt “cool”. Here was something I was really good at, and even those outside of my small friendship group began to cheer me on as I brought point after point home for the Eagles.

After I set a school record of something like seven minutes over a grass mile, they began to nickname me ‘Paula’ after Paula Radcliffe, and even though I seemed to be the only person that knew that a mile was a lot less than a marathon, I let it stick because, for me, it was the ultimate compliment.

It was those kinds of women who inspired me to join clubs and go to races long before I realised that I could really be a professional athlete like them. Nowadays, the level of athlete I used to look up to has become my competition and social media brings us ever closer to the person behind the medals, I tend to find my inspiration more in the journey behind the headlines than in the results themselves, knowing that the process of getting there is never as easy as it looks from the outside on race day.