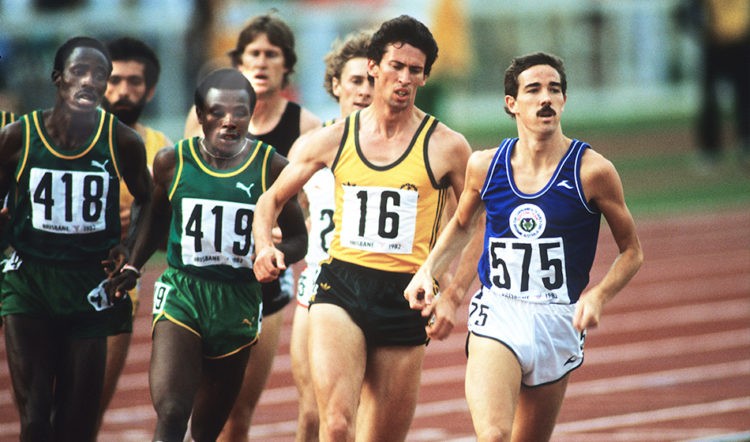 After running 1:45.66 for 800m in the 1980s the Scottish runner is now breaking M65 masters records thanks to smart training and thorough planning

One of Britain’s best 800m runners from the 1980s is now using his years of experience to get the most out of his talented yet ageing body.

In his heyday, Paul Forbes ran 1:45.66 for 800m and represented Scotland at the Commonwealth Games three times. He came within a whisker of beating Steve Ovett on a couple of occasions and excelled at everything from 400m to the steeplechase.

“You needed to run really fast just to make a British team,” he adds. “There was a plethora of people who ran very well but it was Coe and Ovett who really set the bar. When Coe ran 1:42 the whole world took a big leap forward. I remember looking at his time thinking ‘I’m only running 1:47 and I can surely run quicker than this’. After that 1:44-45 pretty much became the norm.”

After retiring from the track he didn’t run for several years and his 9st 3lb racing weight ballooned to more than 12 stone. “I was fat and lazy,” he admits.

But now, aged 66, he is back in shape and this year won world and European titles, as well as breaking records from 800m to the mile in the M65 age group. At the World Championships in Tampere, for example, he stormed to victory in 2:14.67.

So how does he do it and what are his secrets?

“Proper planning is vital,” Forbes insists. “Any plan is better than no plan.”

He adds: “You have to get an aerobic base in and do your speedwork, but how does it all fit in? It has to be balanced. I look at the training some runners do and there’s no continuity in what they do. There has to be a common thread that runs through the programme.”

Does he believe he is a ‘better’ runner now than he was in the 1980s? “Well some of my times now are world records, as simple as that,” he says. “They’re quicker than anyone my age has ever run and I think I can run quicker too.”

He continues: “Back in the day I don’t think I had an inbuilt confidence in what I did. I…