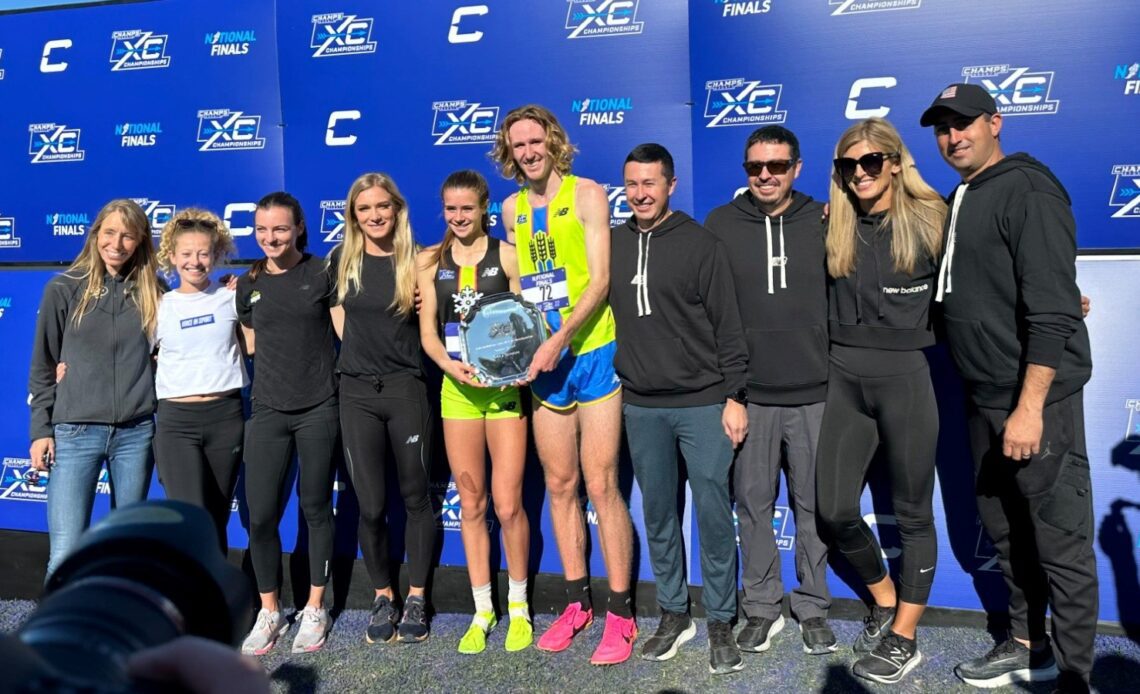 “Saturday was exciting and rare,” said head coach Mark Wetmore. “I can’t think of another time when both champions were headed to the same school. We are lucky! They are both wonderful young people, perfect matches for our teams. We can’t wait for next September.”

Baloga started the championship run in front of numerous CU alums, picking up the 5K championship in 16:49.2. She came through the mile in 5:17.3 leading the way, then fell to third at the two-mile mark in 10:55.7. Baloga reclaimed the lead in the next half mile and ran away with the race, winning by six seconds.

Baloga entered the race heavily favored as the only three-time finalist among the 80 total athletes.

Mathison was up next, winning the 5K race by more than 10 seconds running 14:56.6. Mathison was tied for first through the first mile, running 4:37.6 and held a share of the lead through the first two and a half miles. Mathison put on the burners after the 2.5-mile mark, picking up his 10-second lead by the three-mile mark and staying there to the title.

This was the second championship race in eight days for Mathison who finished fourth at the NXN Championships in Oregon. He adds his name to Indiana history, joining Cole Hocker and Michael Fout as the only Indiana male athletes to win since 2007.